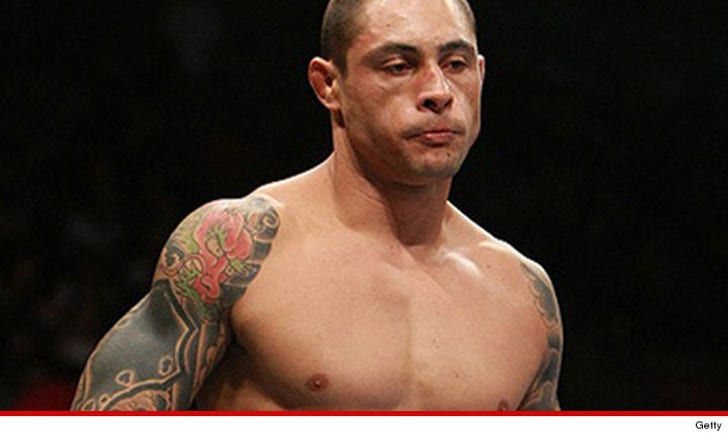 Thiago Silva has a serious cocaine problem ... so says his estranged wife who claims the drug made him paranoid ... though Thiago's lawyer tells TMZ Sports she's full of crap.

Thaysa Silva spoke with a Brazilian media outlet and said the UFC fighter's cocaine habit led to the demise of their marriage AND last week's gun-wielding showdown at a jiu-jitsu academy in Florida.

"The problem was cocaine. He always thinks he’s above the law," Thaysa said ... "He had the cocaine paranoia."

We spoke with Thiago's attorney who tells us ... "The claims are not justified" ... and notes that no cocaine was found on the scene, at Thiago's house or anywhere else connected to the fighter.

Even though they're technically still married, Thaysa says her relationship with Thiago ended more than a year ago.

"My marriage was over in December of 2012. In our relationship, I had to deal with the imbalance and aggressions. But I never went to talk to the police because I fear the reactions. Even after I was assaulted, I did not speak."

Thaysa also described the alleged encounter that went down at her house in the weeks before the arrest ... saying, "He came to my house, tore my clothes and pointed a gun at my head."

Thiago was arrested on February 6th -- he's currently being held without bond in a Florida jail for aggravated assault with a deadly weapon.