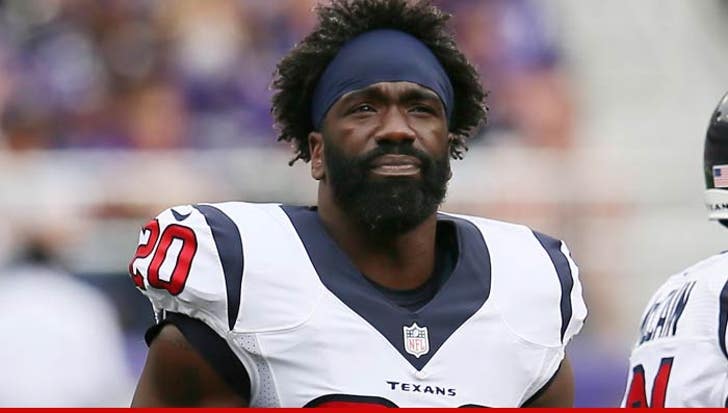 NFL superstar Ed Reed was jacked to the tune of $50,000 ... when burglars allegedly followed him out of a Houston bank and stole a big bag of cash from his car.

According to the police report, obtained by TMZ Sports, the former Houston Texans star says he pulled the money out of a Bank of America ... and went to ANOTHER bank.

While Reed was in the second bank, he claims someone smashed the side window of his grey 2006 Audi and jacked the loot, which was in a bag.

Cops say they believe Reed was followed from the first bank to the second bank. Officials are now on the hunt for the suspects.