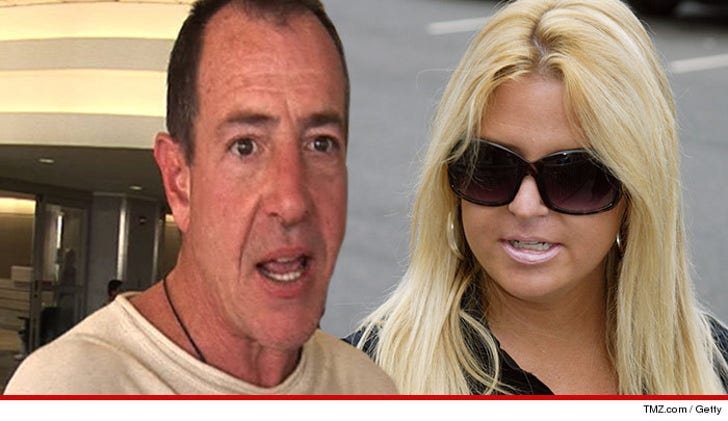 Michael Lohan's girlfriend claims he's threatening her with a knife and threatening to take their infant son -- and now police are on scene ... TMZ has learned.

Kate Major blasted Lohan on Twitter Monday evening ... claiming she had to lock herself and their one-year-old son Landon in a bedroom while a knife-wielding Lohan tried to break down the door.

Threatening to take our son. What judge would rule for. him??? Stuck inside a house with this guy? He has a knife

Cops in Boca Raton, FL tell us officers have responded to their house ... and are talking to Michael and Kate right now.

Sources close to the couple tell us Michael is the one who called 911 when Kate started acting erratically ... and locked herself in the room.

We're told officers want one of them to leave the house immediately -- but Michael isn't budging because he thinks Kate is drunk ... and doesn't want to leave her with the baby.

We just spoke to Michael who claims Kate's been drinking again ... and it got so bad she tried to kill herself over the weekend. Lohan tells us he's worried about the welfare of their child and says he'll attempt to get custody of their son if she doesn't get help.

Kate also vowed to never let Michael take their son away from her.