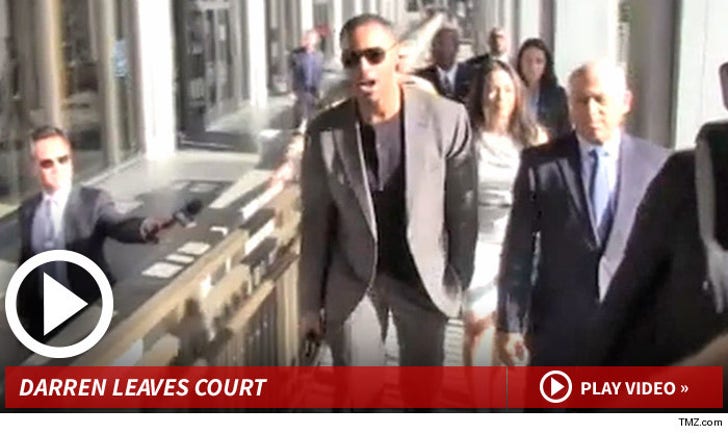 Darren Sharper has just been BANNED from all nightclubs and bars PLUS he's not allowed to be alone with any new women ... so ruled a judge who just announced the terms of Sharper's bail in his L.A. rape case.

The former New Orleans Saints superstar -- sporting a grey suit with no tie -- just appeared in L.A. County Superior Court and plead NOT GUILTY to allegations he drugged and raped two women in L.A.

The judge set Sharper's bail to $1 million and set a series of strict terms, which were actually proposed by Sharper's lawyer:

-- Sharper is to remain in L.A. County
-- Sharper was ordered to surrender his passport
-- Sharper must stay away from nightclubs or bars or any other establishments where alcohol is the primary item for sale.
-- Sharper may NOT be alone with any female he did not know prior to October 30, 2013.

During the hearing, prosecutors claimed they have evidence which shows Sharper had gone through 70 pills of Ambien in 65 days.

FYI -- prosecutors allege Sharper would use Ambien to spike the drinks of his victims.