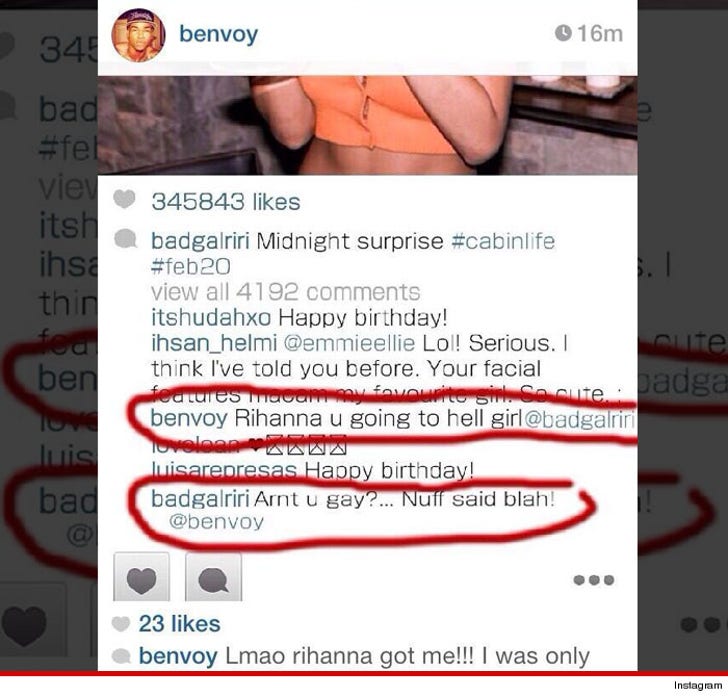 Major flip-flopping after a gay fan publicly accused Rihanna of saying he was going to hell for his homosexuality -- he has now changed his story ... insisting he was LYING the whole time ... and actually Photoshopped the Instagram image going around the Internet.

Benvoy Seals posted the above image on Instagram last night -- showing a back and forth between him and Rihanna on her comments section.

Benvoy writes, "Rihanna u going to hell girl" -- and, in the image, Rihanna responds, "Arnt you gay? ... Nuff said blah!"

The exchange was shocking, especially because Rihanna voiced her support for gay rights in Russia less than a week ago -- posting a photo of herself wearing a hat embroidered with "P6," which stands for Principle 6 ... a campaign against Russia's anti-gay propaganda law. 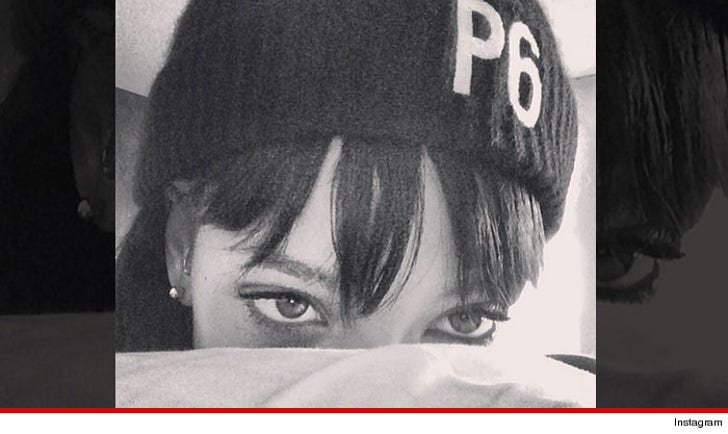 But now, Benvoy tells TMZ, he Photoshopped the picture for no reason ... "I lied. I don't know why. I just did." He also said he received thousands of death threats and hate messages.

Benvoy has since deleted the original Instagram image and posted a retraction in its place, claiming, "Rihanna would never say something like that." 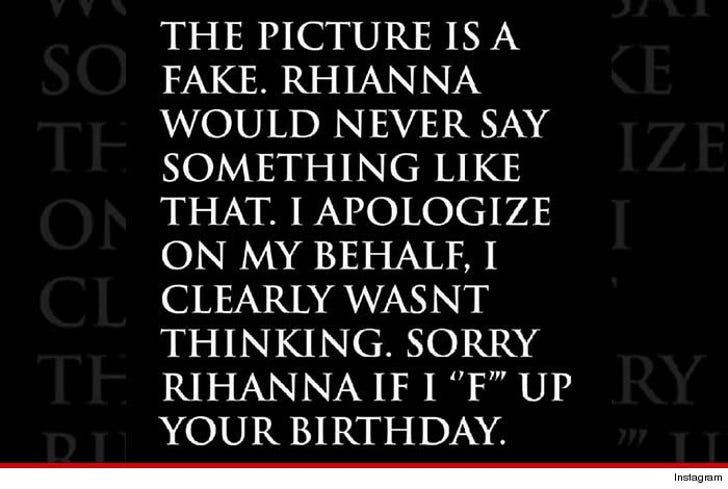 We reached out to Rihanna's camp for comment -- so far, no word back. 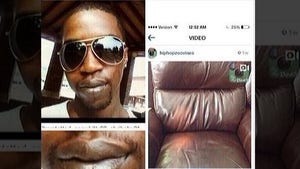