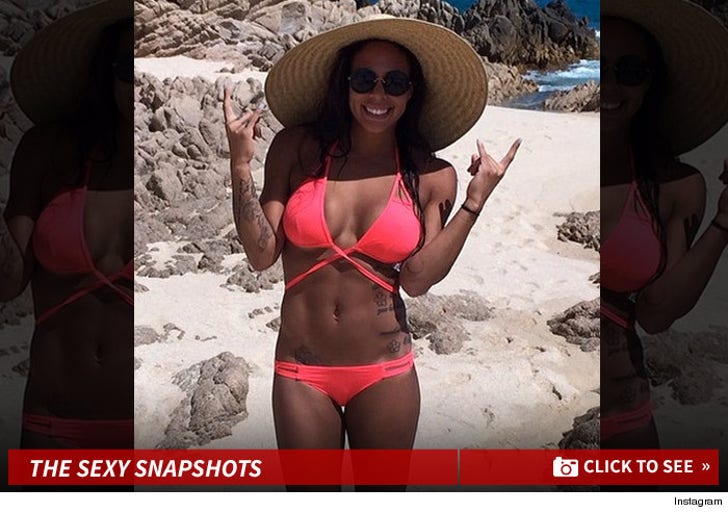 Alex Morgan ain't the only chick on the U.S. National Soccer Team with a super hot body ... and Sydney Leroux is making sure Sports Illustrated knows it!!

Leroux -- who was part of the 2012 gold-medal winning Olympic team -- has been on a bikini photo posting tear ever since S.I. started to push the new Swimsuit Edition, featuring Morgan.

To be fair, Leroux's physique hasn't been totally ignored by the media ... she WAS featured in a semi-nude pic in ESPN's 2013 "Body Issue."

And get this ... there were rumors Sydney was dating 49ers QB Colin Kaepernick -- but neither side ever confirmed.