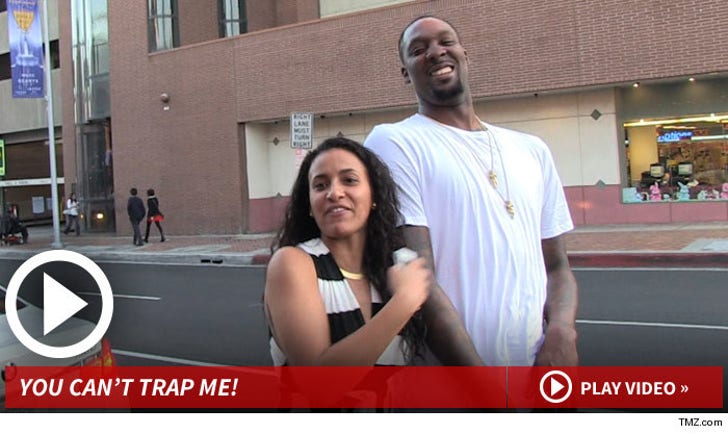 This video is HILARIOUS -- a pretty hammered Brooklyn Nets player getting smothered by a hot chick with a big ass in the middle of the day -- and he wants NONE OF IT!!!!!

The NBA player is Andray Blatche -- who hit up Crustacean in Beverly Hills with a girl named Sandrina Smith ... and it's clear, they had been indulging in a few cocktails. Ok, a LOT of cocktails.

But the best part of the clip ... when Sandrina grabbed him around the waist and tried to get him to admit they have some sort of relationship -- Blatche bobs and weaves like a young Cassius Clay!!

You just gotta watch the video -- if they are together, he might be sleepin' on the couch tonight!