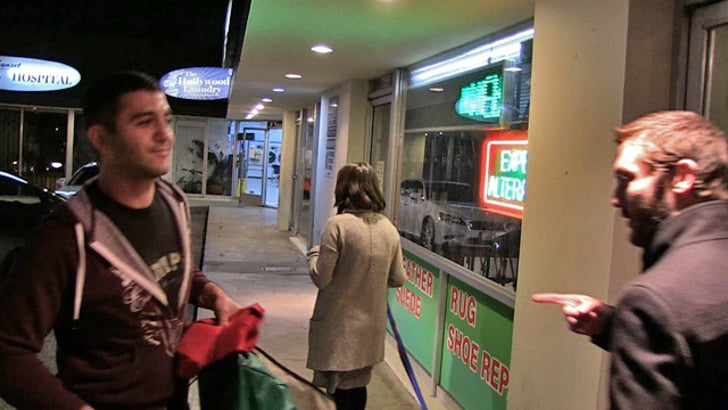 The guy who delivered pizza to celebs like Jared Leto, Meryl Streep and Julia Roberts during the Academy Awards returned to work with a hero's welcome ... but the burning question -- will he get that big fat tip?

We're not sure what his name is, but the guy who delivered pizzas during the show is clearly gonna get employee of the month ... you gotta see the reaction he gets from his co-workers.

The delivery guy didn't take his own ride to the event -- looks like Oscar producers sent a fancy SUV -- but when we tried asking him how it all went down ... he wouldn't say much.

Here's the kicker ... all this happened before Ellen got celebs like Harvey Weinstein and Brad Pitt to tip him around $300 for the pizza inside Pharrell's hat. So, the question is -- will the delivery guy get what's coming to him? 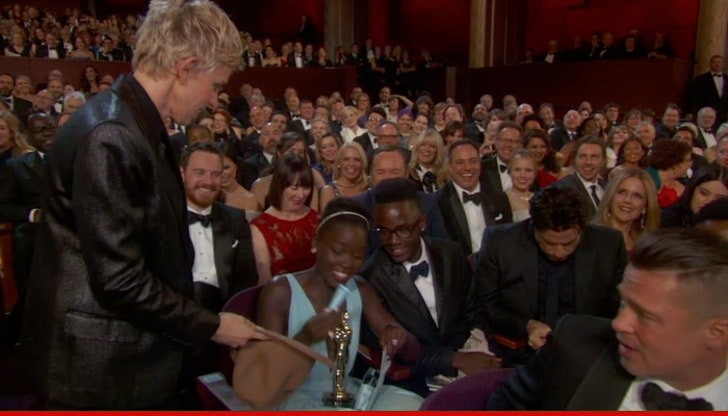 Don't worry ... we plan to ask him soon. Hopefully our camera guy gets an answer. 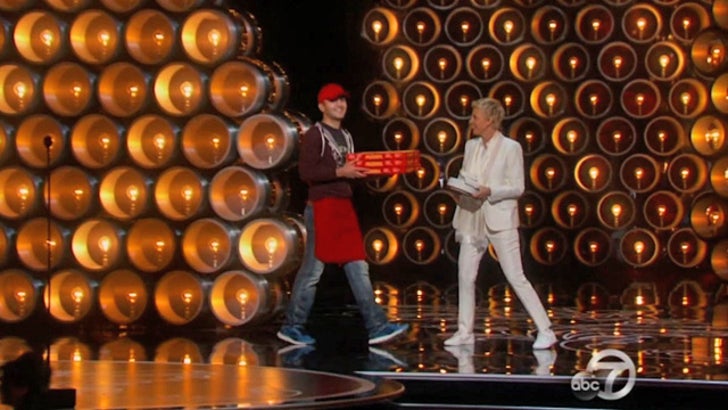 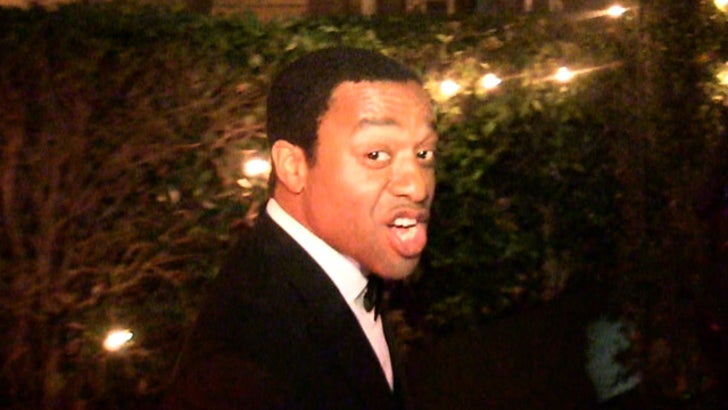 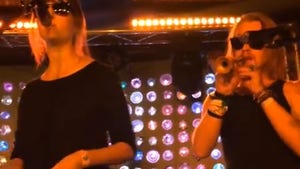