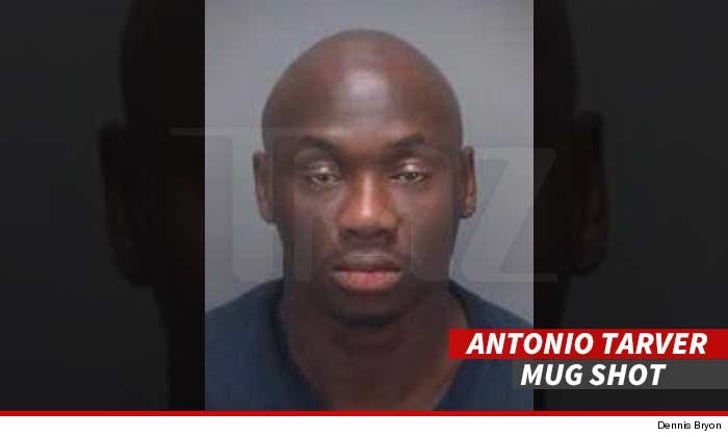 2:48 PM PT -- According to court records, Tarver's legal problems in Nevada stem from a beef with the Wynn Las Vegas ... and it appears Wynn is accusing Tarver of not paying back a gambling marker.

The records show that Wynn went after Tarver for "breach of contract" ... which happens to be the same accusation that Wynn made against "Girls Gone Wild" honcho Joe Francis for allegedly not paying back a $2 million gambling marker he took out in 2007.

Former boxing champ Antonio Tarver -- who also appeared in "Rocky Balboa" -- was arrested in Florida on Saturday stemming from a warrant out for his arrest in Nevada.

Law enforcement sources tell us the 45-year-old fighter was pulled over by the Florida Highway Patrol for a routine "tag violation" ... and during the stop, the trooper noticed the warrant.

According to reports, Tarver was wanted in Nevada for failing to appear in court. Apparently, Tarver was out on bail at the time he skipped court ... so the bench warrant was issued.

We're still working on finding out details from the original Nevada court case ... but it appears he's accused of writing bad checks.

Now, Tarver is locked up in FL -- but officials in Nevada are looking to extradite him back to the Silver State.