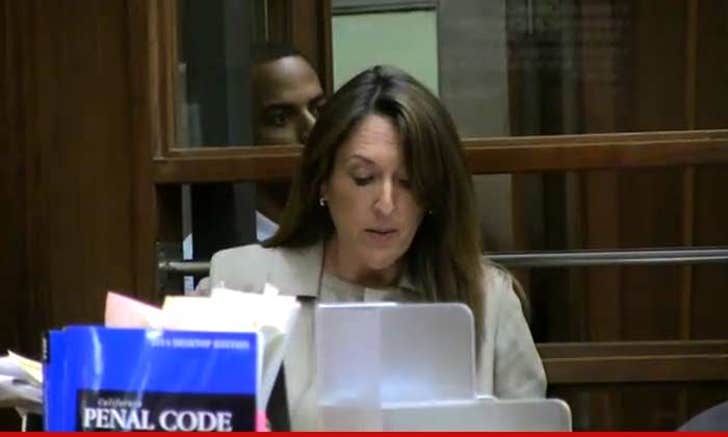 Darren Sharper will remain BEHIND BARS until at least Friday ... when officials will decide if the former NFL star will be dragged to Louisiana to face more rape charges.

The former New Orleans Saints defensive star was just taken from his jail cell to L.A. County Superior court -- in handcuffs -- to face the judge regarding the rape cases in California and Louisiana.

During Monday's hearing, the judge decided to take bail off the table until at least Friday, citing a "no bail warrant" out of Louisiana -- which means Sharper will remain behind bars in L.A. for the rest of the week.

In court, Sharper's attorney challenged the notion that Sharper can be held without bail -- since he hasn't been charged with a crime in Louisiana. And since he already posted bail in the L.A. case -- there's no basis to keep him locked up.

Sharper will be back in court in Friday ... when the judge is expected to decide if Sharper will be extradited to Louisiana where he could face new charges.