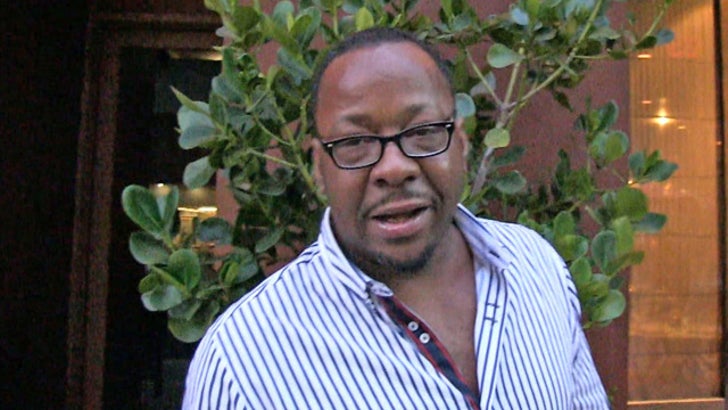 Bobby Brown is either totally in denial ... totally in the dark, or his daughter just hates him -- because he has no idea Bobbi Kristina is telling everyone she's married.

Papa Brown was leaving dinner last night when we asked him about BK tying the knot with Nick Gordon -- Bobby immediately laughed and said, "No, she didn't get married."

Interesting ... since BK and Nick showed off their rings back in January and announced they're hitched.

Watch Bobby though ... as the convo continues he seems less convinced he actually has a clue, saying ... "If she says she is. I don't know about it."