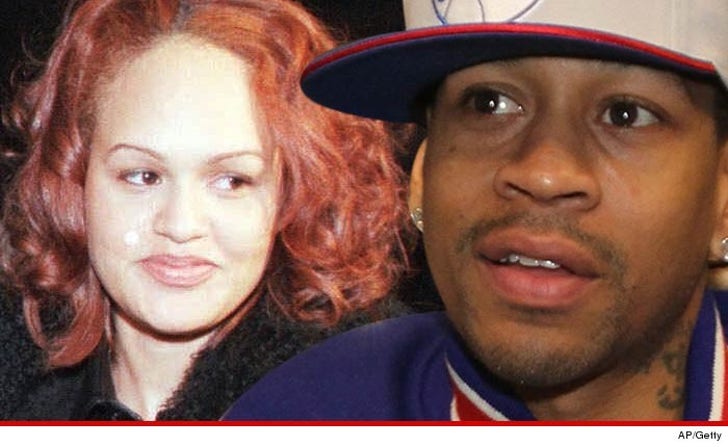 Allen Iverson and his wife have finally made peace -- after years of being at war -- and Tawanna tells TMZ Sports .... she's thrilled the two are finally on the same page so they can co-parent their 5 kids.

Allen and Tawanna have had a very turbulent relationship over the years -- with Tawanna filing for divorce in 2011 ... followed by a very nasty custody battle, allegations of alcohol abuse and claims Allen was trying to screw her out of money.

So, it was a shock when Allen THANKED Tawanna during the Philadelphia 76ers jersey retirement ceremony Saturday night -- giving her props for "helping me grow as a man and taking care of me throughout my career and always being by my side and loving me." 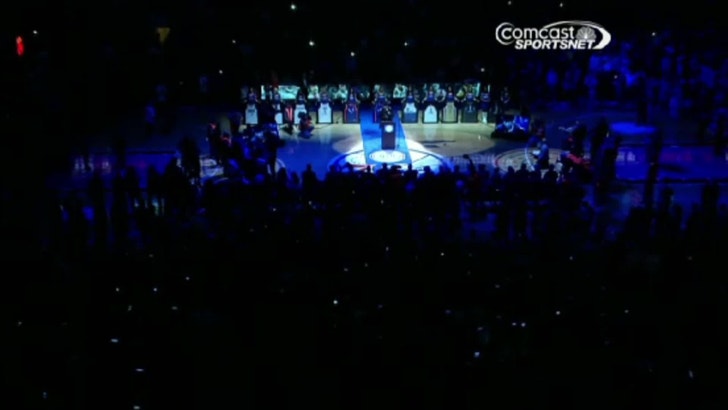 Iverson added, "She'll always be my favorite person in the world."

So, what changed in the past few months??

Tawanna tells us ... the two finally came together and had a long talk about their relationship and their duties as parents.

It's unclear if the two will officially get "back together" ... but for now, they're on pretty good terms ... and that's a HUGE deal, considering it was just last year, Tawanna blasted A.I. in court for not living up to his end of the custody arrangement.

"We'll always have a connection with each other," Tawanna says ... noting that she and A.I. are in a "happy" place.