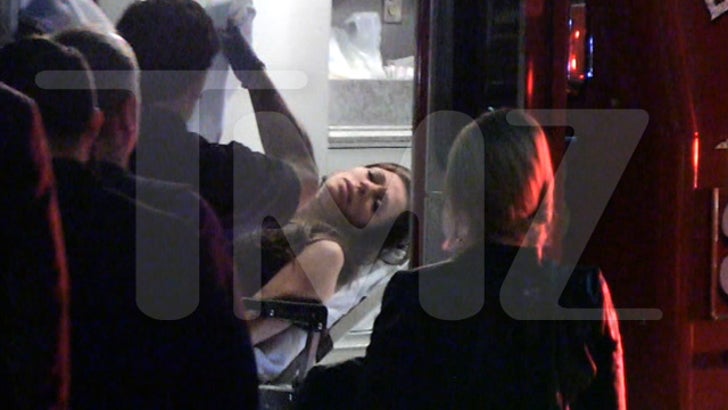 Someone put a spell on Carlton Gebbia -- the Real Housewives of Beverly Hills' resident witch -- passed out at dinner tonight and had to be taken to a hospital by ambulance.

Carlton was having dinner at Mastro's Steakhouse in Bev Hills ... and according to sources in the restaurant she'd been boozing ... HARD.

We're told Carlton was footing the dinner bill for her party of 6 women -- and immediately started the night by slamming tequila shots ... at least 5 of them.

After that, things went downhill quickly and only 20 minutes into the dinner ... Carlton passed out at the table -- and someone called 911 at 9:22PM PT.

Witnesses tell us it appeared Carlton was still unconscious when she was wheeled out of the restaurant on a stretcher and placed in the ambulance.

Carlton is one of the RHOBH chicks whose head has been on the chopping block -- rumored to be getting 86'd from the show because she's too boring.