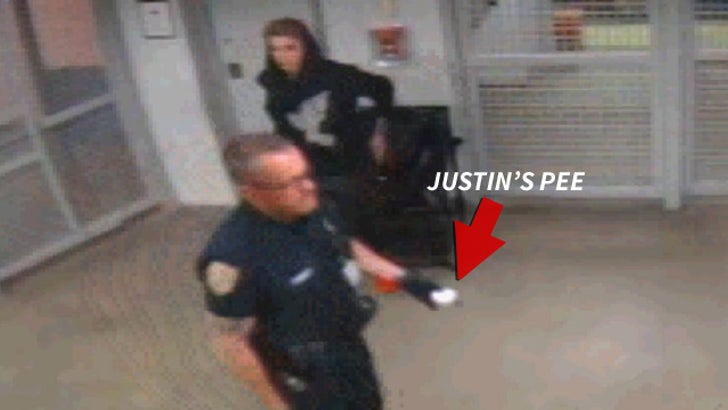 This is getting ridiculous ... the Miami Beach PD just released yet another video of Justin Bieber in jail -- this time showing the singer peeing into a cup -- and it feels like an episode of "Big Brother."

So far, the Miami Beach PD has released 9+ hours of footage (photos too​) showing Bieber in jail following his DUI arrest -- including the pat-down, the push ups, the sobriety test, the tattoos ... and now they're showing Bieber taking his urinalysis test.

As we reported, the urinalysis test came back positive for Xanax and weed. (This is NOT the video clip police are having trouble blurring. It's a different camera angle of the same thing.)

It's like the police are turning Bieber's arrest into a mini reality show -- they claim the singer isn't entitled to privacy in jail ... and they might be right ... but we've never seen anything like this before. 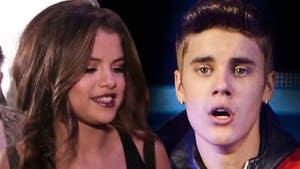 Justin Bieber -- Penis Is a Moving Target ... Hard to Blur 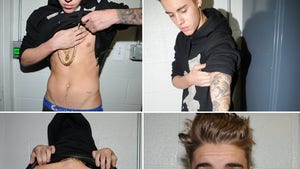