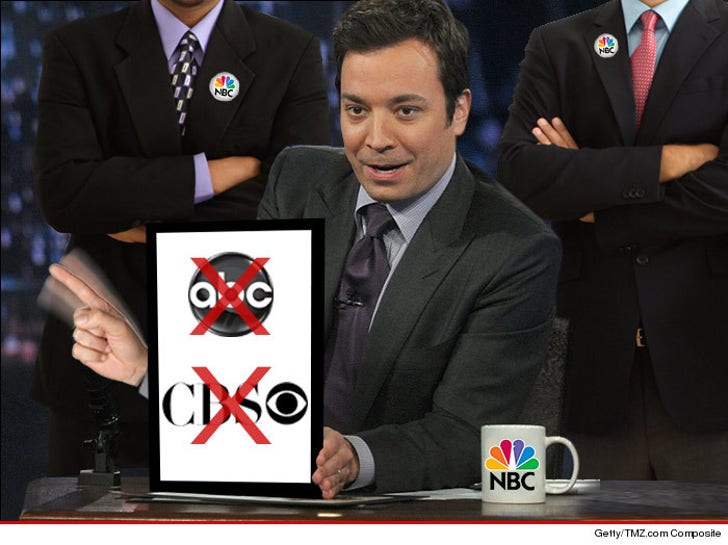 NBC is coming down like a hammer on celebs who want to get on Jimmy Fallon's show ... if they dare do a show on CBS or ABC ... they can forget about "The Tonight Show."

Sources connected to CBS, NBC and ABC tell TMZ ... the Peacock network believes Jimmy Fallon's ratings success gives them extreme bargaining power. They put the word out to celebs, agents and publicists ... if they want to be on Fallon they can't appear on ANY other network ... and not just shows that go head-to-head with Jimmy, but morning shows as well.

We're told NBC is saying the stars who go on Fallon are also allowed to appear on "Today," "Dateline" and any similar shows they air, but that's it.

A GMA source tells TMZ ... they've already gotten fallout from people they were trying to book.

Fallon is dominating late night .... crushing Jimmy Kimmel by bringing in more than twice the number of viewers. 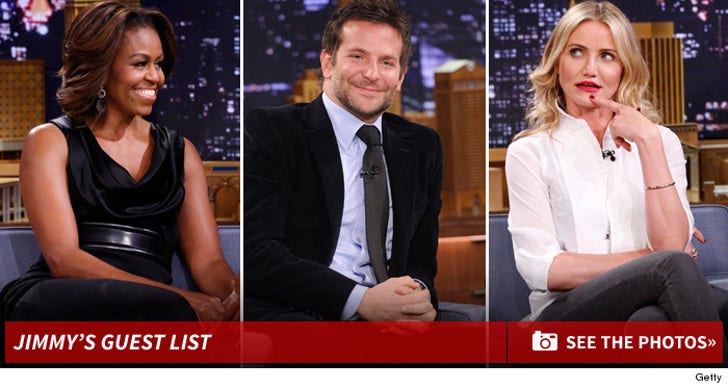 Your mom may have been embarrassing, but could you imagine one of these moms dropping you off at school?! Pam Anderson, for example ...
From Fox 411: "Pammy is really good about attending her boys' sporting events, but she doesn't exactly fit in with the other soccer moms."
Click through to Fox 411 to see what some Hollywood kids have to deal with on a daily basis!