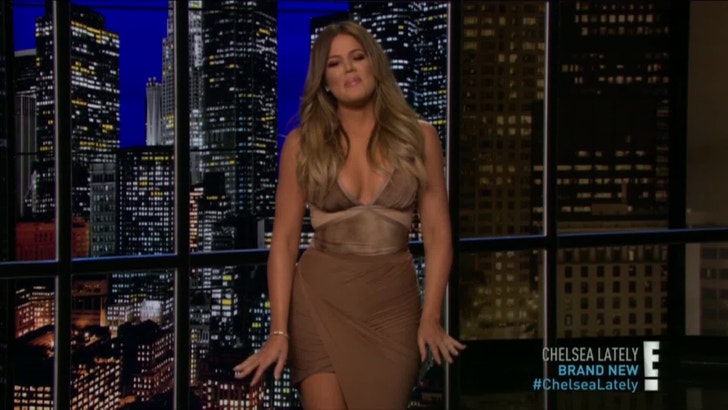 Khloe Kardashian got juiced by OJ ... or so she says ... unless she was kidding.

It seemed like a joke, because she said it on the heels of grousing about false tabloid rumors. But then she said, "because I did f*** him once."

American jurisprudential history -- Khloe's dad, Robert Kardashian, was a member of OJ's defense team and famously carted away a Louis Vuitton suitbag from OJ's house the morning after the murders. Lots of people thought the murder knife was inside, but it was never proven.

Khloe was 10 during the trial. She was 24 when OJ finally got a dose of justice and landed in prison for kidnapping.