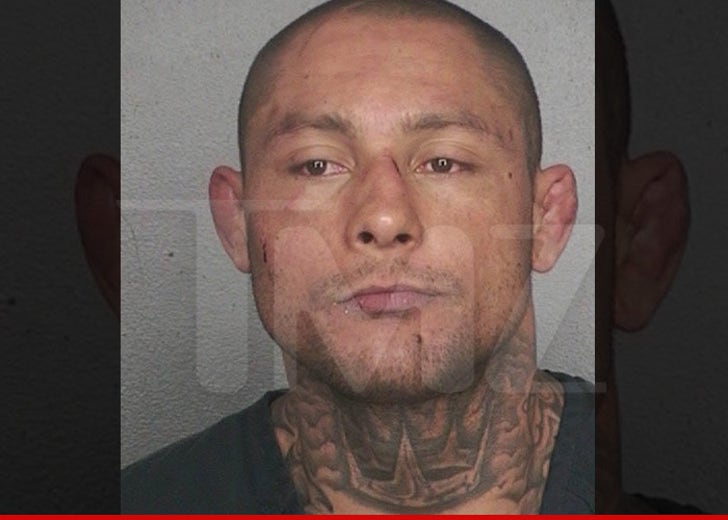 Former UFC fighter Thiago Silva will be RELEASED FROM JAIL ... for the first time since he allegedly grabbed a gun and threatened to shoot his wife in Florida ... TMZ Sports has learned.

Silva was initially locked up without bond when he was arrested on Feb. 7th -- but today, the judge changed his mind and set bond at $25k.

But Silva isn't entirely a free man ... we're told he'll be on house arrest with an electronic monitor for the time being. He must also complete an anger management program.

The judge also ordered Thiago to stay away from his wife and her boyfriend at all times. He must also submit to random drug and alcohol testing.

As we previously reported, Thiago was initially arrested for attempted murder after allegedly threatening to shoot his wife and her BF in front of a martial arts school in FL.

The judge later reduced the charges to aggravated assault. Dana White has since banned Silva from ever fighting in the UFC again.