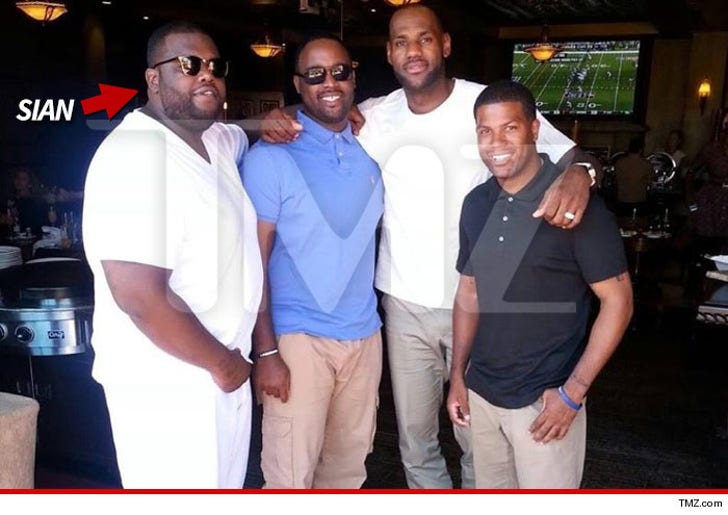 LeBron James just hooked his childhood friend up in a HUGE way ... pulling some strings to help get one of his boys' rap songs on the new NBA 2K14 soundtrack ... TMZ Sports has learned.

Sian says LeBron hasn't just been supportive of his aspiring rap career -- but when LBJ learned he'd be on the cover of 2K14, he did everything he could to help get Sian's track "Almost Home" on the game.

"I'd been submitting my stuff to 2K, and then I found out LeBron was gonna be on the cover," Sian said.

Sian says he was gonna hit up James to help him out -- but when he grabbed his phone he already had a text from the Heat star that said, "'I wanna get you on the game."

"He thought of me before I could say anything."

Eventually, LeBron called him back with the good news -- "He said 'the people from '14 have been calling you. They picked your song!"

Now, Sian says he's gearing up for the release of his new album. No word if there will be a guest verse from #6.