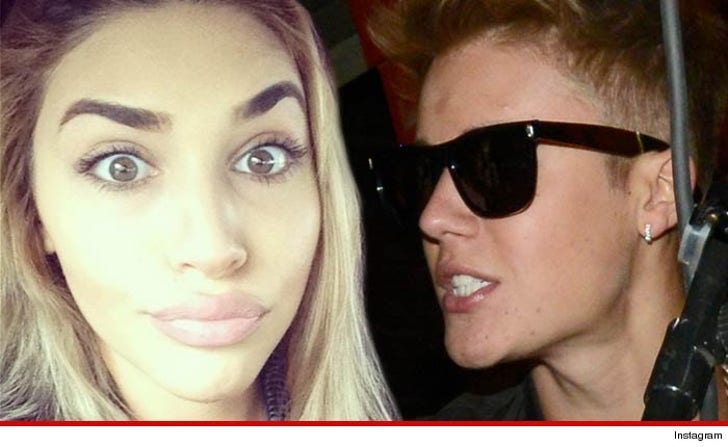 The model who was riding shotgun with Justin Bieber the night he got arrested in Miami ... is suing the NY Daily News ... claiming the paper lied about her "long criminal record."

Chantel Jeffries -- who refers to herself as a model, student, and entrepreneur -- filed a defamation suit against the paper today ... and in the docs she says the Daily News "maliciously and intentionally" printed a story detailing 5 previous arrests, including one for misdemeanor assault with a deadly weapon.

Chantel had allegedly stabbed a woman ... but as we first reported -- the case was dropped when the victim refused to cooperate with prosecutors.

Chantel, and her attorney Andrew Felix, are demanding the paper stop making false statements, and they're suing for unspecified damages.

The model wants to make it clear ... she's not the "mastermind of any alleged criminal activity."

Let's hope her deposition goes better than her pal Bieber's.