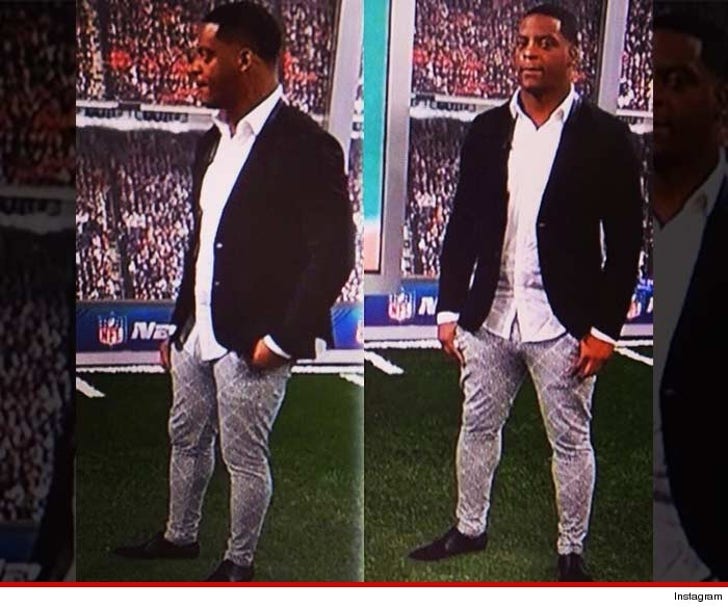 The former Washington Redskins superstar rocked his new look during an appearance on the NFL Network last week ... and people instantly went to Twitter to deliver the gay jokes, such as:

But Clinton tells TMZ Sports it doesn't bother him ... saying, ""People are really judgmental. They'll make comments, but I'm comfortable with myself. I know I like girls. I felt good about the outfit."

Portis -- who notes he bought the entire outfit at Zara for $300 (including the shoes) -- says, "People say 'I can't believe you wore that.' Give them some time and everyone will be wearing it."