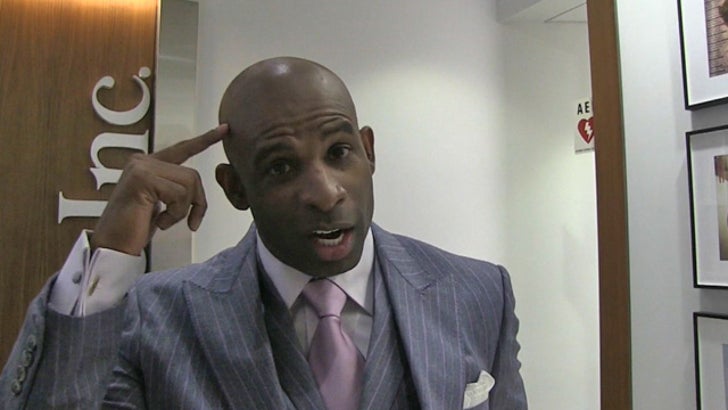 It's been 20 years since he dropped his first rap album, but Deion Sanders still knows all the lyrics to his biggest hit ... and earlier today, he even busted out a verse right on camera!!!

Prime Time was at the famous Time Life building in NYC today when we took the NFL legend all the way back to 1994 ... when he put out "Must Be the Money."

BTW -- Sanders still furiously believes the song was a hit (even though it never charted as a single) ... but says it doesn't matter because BEYONCE LOVED IT!!!

Now sit back, kick off your gators ... and enjoy the music.