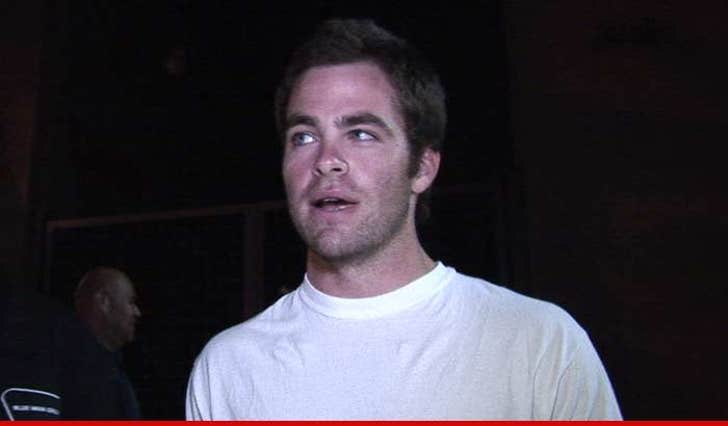 Chris Pine was popped for DUI after blowing through a sobriety checkpoint and then allegedly blowing a .08.

Pine had been partying at a bar in New Zealand with some fellow actors and his girlfriend, beauty queen Iris Bjork Johannesdottir.

Law enforcement tells TMZ ... he caught their eye after driving through the checkpoint. Officers then made him stop and Chris reportedly blew a .08 ... the minimum for being legally drunk.

The incident occurred on March 1st. He must appear in court on Monday, and if he doesn't the judge will issue an arrest warrant.

Chris was his usual charming self ... very polite and "easy to deal with."