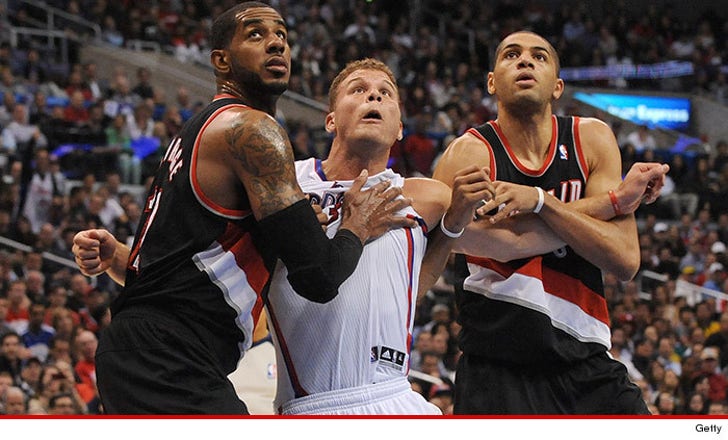 The L.A. Clippers are rallying behind Blake Griffin ... with one baller telling TMZ Sports the entire team's got Blake's back if anyone tries to pull a Jermaine O'Neal and get in his face again.

In case you missed it ... O'Neal confronted Griffin in the hallway after the Clips smashed the Warriors 111-98 ... with Jermaine clearly looking for a Part 2 of the altercation they had on the court earlier that game.

We spoke with one of the Clippers who tells us, "People always hate on the best ... what do you except when you’re the best?"

"There's NO FEAR and Blake isn't worried about the haters. We have Blake’s back ... but he ain't worried."

As for the O'Neal situation -- a rep for the Clippers says the team has reported the incident to the NBA.