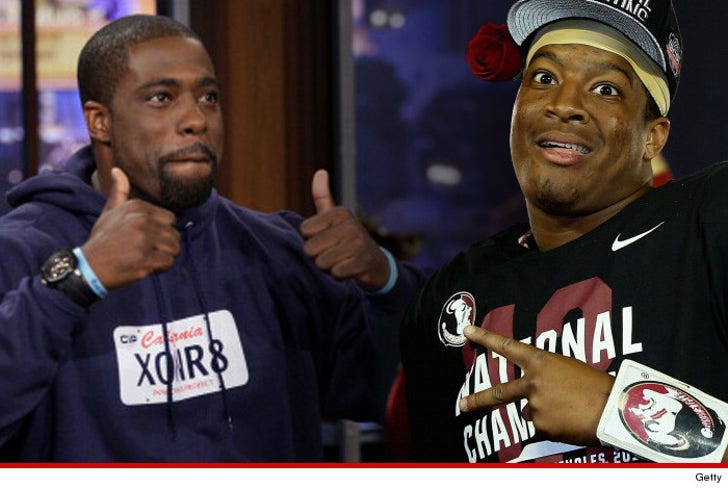 Exonerated football star Brian Banks tells TMZ Sports he's now focused on becoming a life coach -- and last year contacted Jameis Winston to offer advice and encouragement when the FSU star was at the center of a sexual assault investigation.

Banks -- who spent 5 years behind bars for a rape he didn't commit -- wouldn't tell us what he and Winston talked about ... saying they made a pact to never discuss it. He also says privacy is the number one rule of life coach training.

Banks himself was a standout high school football player when he was accused of rape by a classmate. He was convicted and went to prison ... but his accuser later admitted she had lied and the conviction was overturned.

After his release from prison, Brian had a brief fling last year with the Atlanta Falcons ... but he says he's done with football for now. He wants to concentrate on life coaching and other projects -- including an upcoming movie about his life.

Winston seems to have been moved by Banks' story ... he recently posted one of Banks' speeches on his Twitter account. 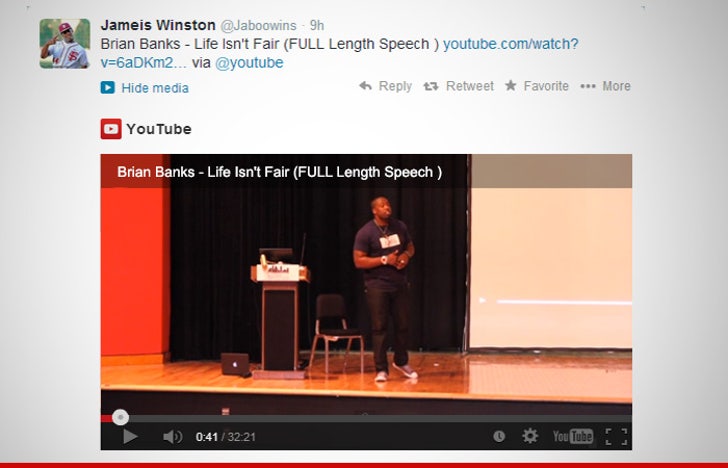 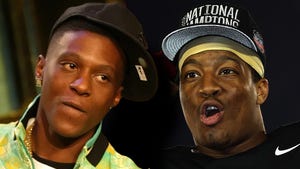 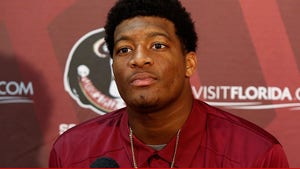