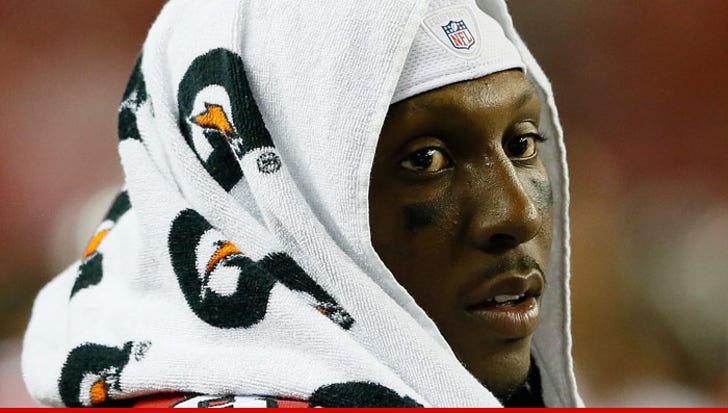 Atlanta Falcons superstar Roddy White does NOT want his kids to grow up in New York -- and he's begging a judge to block his baby mama from moving the children to NYC before it's too late, TMZ Sports has learned.

White says Marrero recently told him she plans to move to the Big Apple with the kids -- and he's FURIOUS ... claiming she'd be messing with the custody deal they have in place since they both currently live in Georgia.

In court docs obtained by TMZ Sports, White says, "It is not in the children's best interest that they be allowed to relocate out of state."

In fact, Roddy's so upset ... he wants the judge to empower him with "final decision-making authority regarding the children."

But Roddy's anger might not stem from the crowded streets and rats -- it could be about $$$.

According to court docs, Roddy makes $330k-per-month from the Falcons ... but he's only paying $6,000-per-month in child support in Georgia.

If Marrero moves to NYC, where there's more favorable child support laws, she could squeeze Roddy for A LOT more cash.

But Marrero's attorneys tell us that's not the case -- she simply wants to move BACK to NYC (where she's lived in the past) because she likes it there. She also insists the move won't occur until AFTER the kids complete their current school year.

We're also told Marrero gave White notice about the move "a while ago" in an effort to be as courteous as possible.

As for White's request -- the judge has yet to rule.