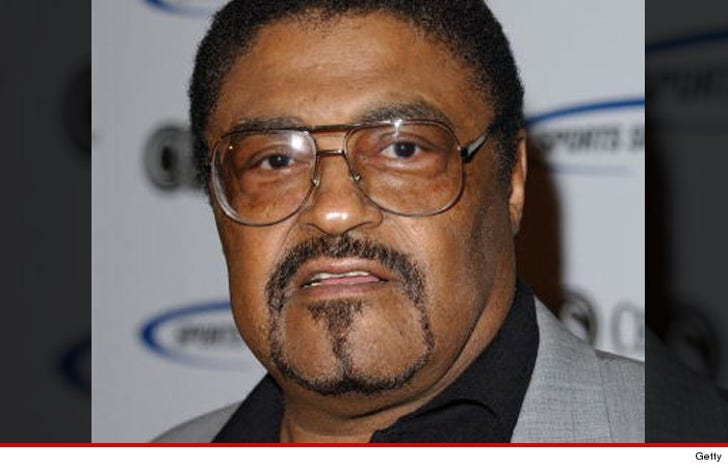 NFL legend Rosey Grier is being sued for allegedly sexually assaulting his female neighbor -- who claims the 81-year-old shoved his hands down her pants and groped her genitals ... this according to legal docs obtained by TMZ Sports.

Grier -- who was a member of the notorious "Fearsome Foursome" defense on the L.A. Rams -- is being sued by Jana Young ... a neighbor who claims she also served as Rosey's manager.

Young -- who's married -- claims she allowed Grier to move into her home while his house was under construction ... and that's when things got weird.

According to the lawsuit, filed in L.A. County Superior Court, Young claims while Grier was staying in her home, he "purposefully exposed himself, completely nude, to Young without her consent."

Young says he then asked her, "How do you like it?"

In the suit, Young says she immediately kicked Grier out of her house -- but things got even weirder.

Young claims she later went over to Grier's house to collect money he owed her for work she did as his manager and for cash she fronted for his home remodel.

But when she confronted Grier, the football player (who later became an ordained Christian minister), Jana claims he shoved his hand into her pants and told her, "You feel like a virgin."

Young claims she immediately ran home. Unclear if she ever filed a police report.