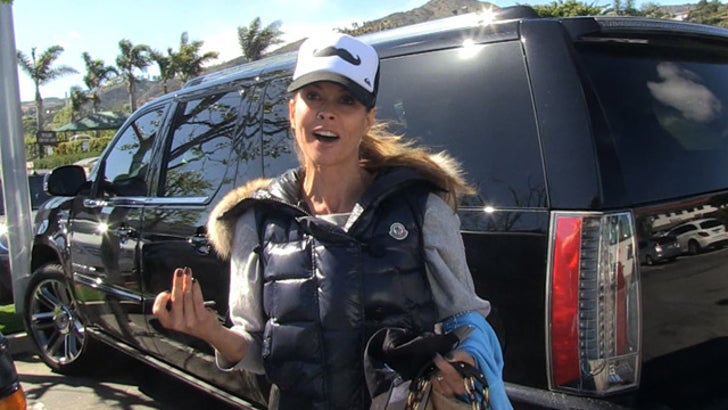 Brooke Burke Charvet was so afraid her car would veer into oncoming traffic yesterday, that she drove it up a hill and into a fence on purpose ... to avoid a bad accident.

Brooke got into a minor accident yesterday in Malibu and scratched up her sweet Maserati. Cops were suspicious enough that they gave her a field sobriety test.

But Brooke was stone cold sober, explaining the ABS system on her Maserati had failed. She said her only concern was for the safety of the small children in her car ... and that's why she drove it into a fence ... rather than risk hitting another car.

Brooke joked everything would have been fine if she had been driving her trusty Escalade ... which only reminds us again ... BUY AMERICAN.