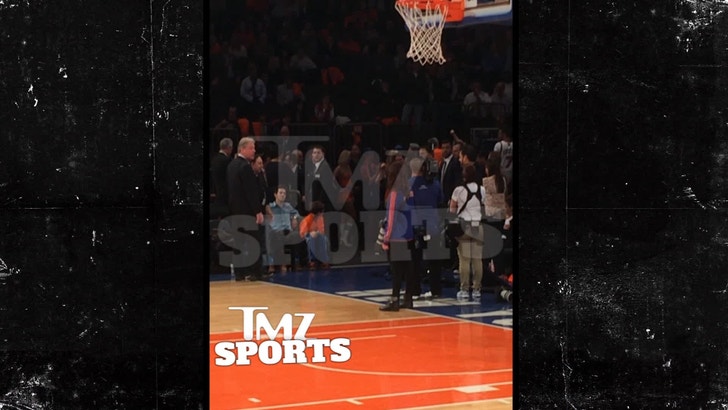 Nick Cannon got treated like an ENEMY at a Knicks game at Madison Square Garden this week ... when the crowd turned and hammered him with BOOS ... and TMZ Sports has the footage.

Cannon was shooting a segment for "America's Got Talent" on April 2nd -- during halftime of the Knicks vs. Nets game.

We're told producers came out first and asked the crowd to cheer ... but when Nick took the floor, the crowd showered him with hate.

At one point, Nick told the crowd, "Go ahead. Boo louder. Get it outta your system!" But the reverse psychology didn't work.

Eventually, Nick tried to pull off a trick shot (with the help of producers) ... but that didn't work either and the booing continued until the crowd got tired.

Hey, keep your head up Nick ... New Yorkers even booed Tim Tebow during a Yankees game back in 2012.