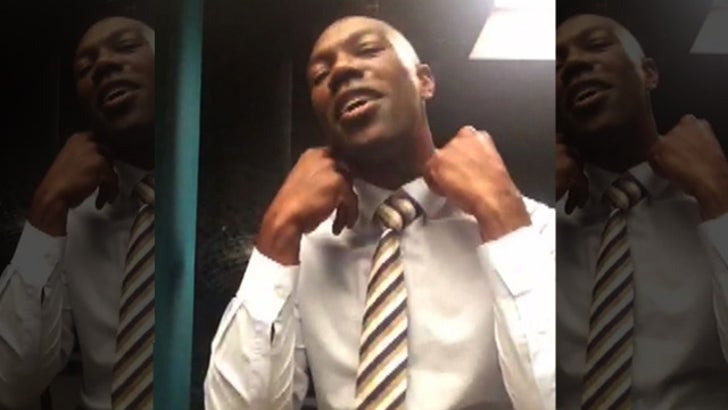 Terrell Owens says he's ready to do "bigger and better things with his life" -- and step one is becoming first black "Bachelor" so he can score his "special someone."

Owens was doing a video session on "Hang w/" alongside “Celebrity Apprentice” co-stars Ian Ziering and Lorenzo Lamas ... who both suggested T.O. could be the perfect man for the ABC show.

"You heard that? From two white guys! I should be 'The Bachelor!' Holla back!"

Ya gotta watch Terrell sell himself as a the ultimate catch -- "I'm a guy of good taste, quality ... I've had my share of women, so to speak."

One of those women is Rachel Snider -- who's currently in a nasty divorce with T.O. after a Kardashian-esque two week marriage.

Still, Owens swears he's ready to commit to the right woman ... a woman he hopes to find on a show featuring people that crave attention even more than he does.

Why not give the man a shot? He can’t do any worse than Juan Pablo.