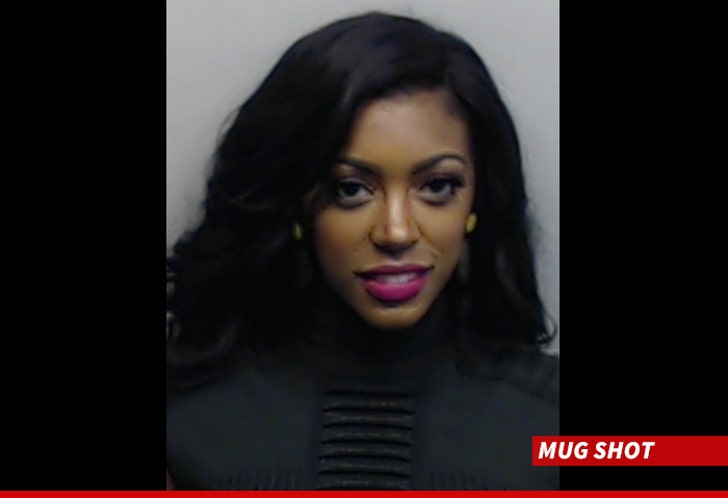 Porsha Williams is gonna have bitches clamoring for jailhouse makeovers after they see the mug shot she just took in Atlanta.

TMZ obtained the mug shot -- taken with full hair and makeup -- when the "Real Housewives of Atlanta" cast member turned herself in to the Fulton County Sheriff to be booked for simple battery ... a misdemeanor.

As TMZ first reported ... an arrest warrant was issued for Porsha stemming from the brawl she had with Kenya Moore while shooting RHOA.

Porsha was released immediately after posting her $2,000 bail. She paid cash.