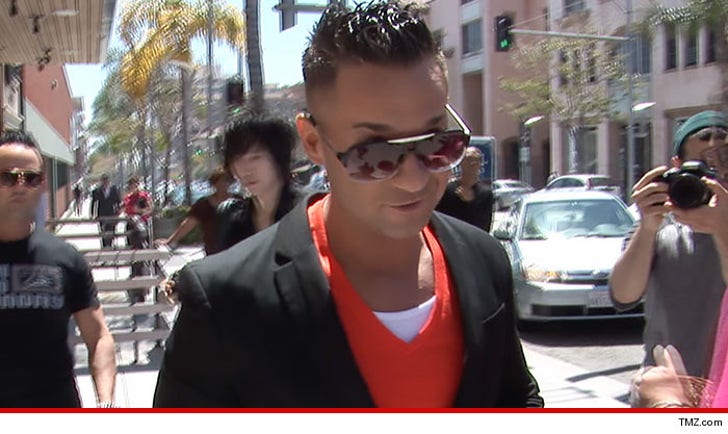 Mike "The Situation" Sorrentino is already having money problems with his new tanning salon ... his employees had to call the cops to get paid.

A rep for the Middletown Police Department tells TMZ ... 4 employees from Boca Tanning Club in Middletown, NJ filed a police report claiming their paychecks had bounced all over town.

We're told cops spoke with Sitch's brother Frank, and told him criminal charges could be filed. The employees received their full paychecks pronto.

Sources close to The Situation tell TMZ ... he was surprised to hear the employees took their complaints to the police since the payroll problem only lasted a few days. He says it was just an innocent mixup because the store changed payroll companies.