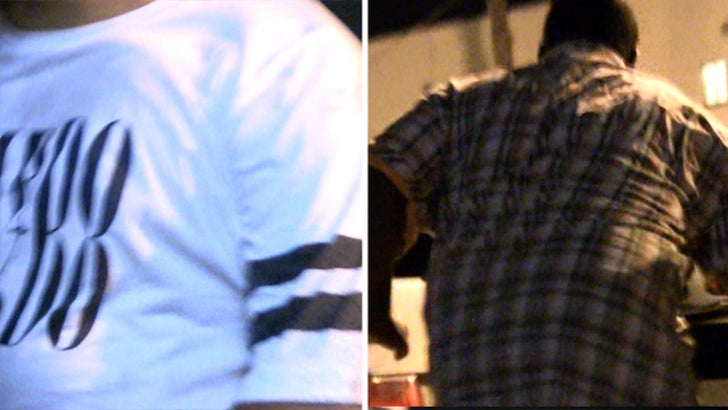 There was a shooting at a Hollywood nightclub -- filled with famous rappers -- hours after the BET Awards.

The incident occurred at around 2:30 AM PT Monday at Supper Club. Someone fired a shot outside the club. One eyewitness tells TMZ the shooter was aiming at the Game's car ... although that does not appear to be the case. Another witness says the shot was fired in the air.

We're told no one was hit.

A witness says the man in the white T-shirt had a gun in his right hand at the time of the shooting and was running from the area where shots were fired.

A number of rappers were inside the club following the BET awards, including Game, Meek Mill, T-Pain, and Busta Rhymes.

This is the third BET-related incident of violence over the weekend. There was also a stabbing inside a party hosted by Meek Mill and there was a fatal shooting outside an unauthorized BET party in Hollywood ... one man died and 4 others were injured after a man opened fire.