Something's fishy with Kendra Wilkinson and Hank Baskett ... in the wake of the rumored marriage problems ... we got them on vacation together and it doesn't appear to be for show.

They were eating at a cozy beachside restaurant in Costa Rica Friday ... and the person who snapped the pic says there was no evidence of animosity ... quite the opposite.

The photog tells us they happily ate their meal with the fam without a single reality show camera in sight. Translation: They weren't putting up a front.

Transexual Drama Made Up

It doesn't track with the new trailer for their show ... where Kendra claims she flushed her wedding ring down the toilet after Hank reportedly had an affair with a transexual or two. 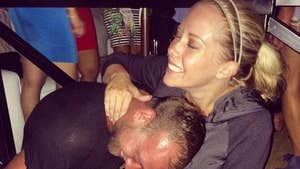 Kendra Wilkinson -- Closing Down The Club ... Hank Nowhere In Sight 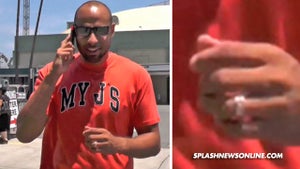