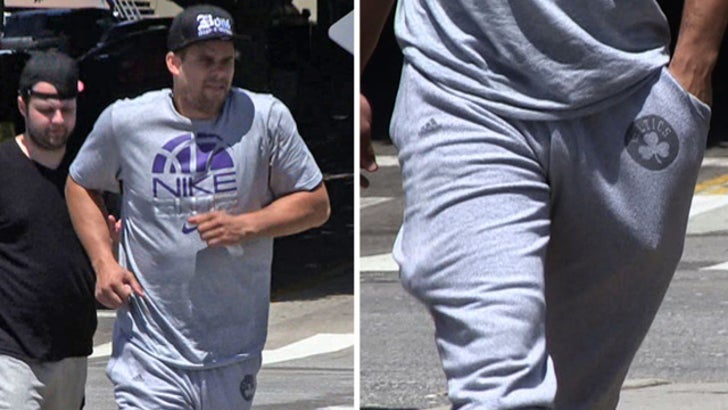 Here's a question -- if an NBA team trades you away to another squad after one season, do you still rock their gear out in public?

Ya do if you're Kris Humphries.

Kim Kardashian's ex-husband was out in L.A. sportin' his Celtics sweat pants yesterday -- despite the fact the team shipped him out to the Washington Wizards back in July.

Kris didn't seem too bothered by the issue when our guy asked him about the fashion decision -- but people like Allen Iverson got crushed when he rocked another team's gear out in public while he was playing for the 76ers.

So, was Kris out of line ... or just out of clean clothes?