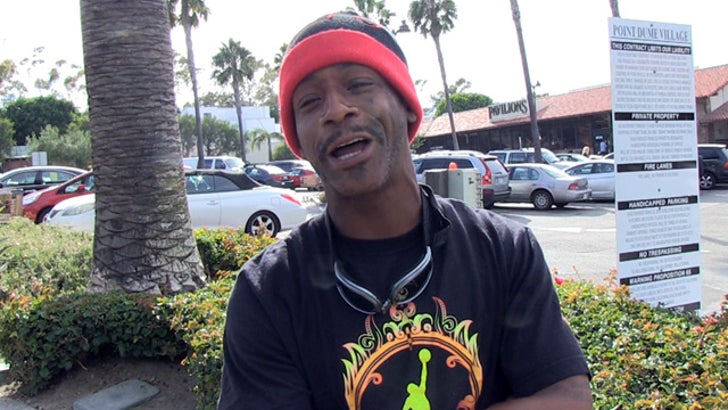 Katt Williams says he was with Suge Knight when he was shot at the pre-VMA party ... and the comedian maintains Suge was trying to protect someone else when the bullets started flying.

Our photog spotted Katt out in Malibu Monday, where he broke down the shooting of his friend Suge, like this:

-- Suge was not the intended victim and he was merely trying to save someone else ... possibly Chris Brown?
-- Suge's shooting was NOT gang-related because ... has there ever been a gang-related shooting where the other side didn't shoot back?

As for who pulled the trigger, Katt uncorked a rant about "nobody" shooting Suge ... theorizing the shooter might never be caught just like MLK Jr. and Malcolm X's assassins -- which makes zero sense since their killers were tried and convicted.

That aside, watch the clip ... Katt makes more solid points than not.