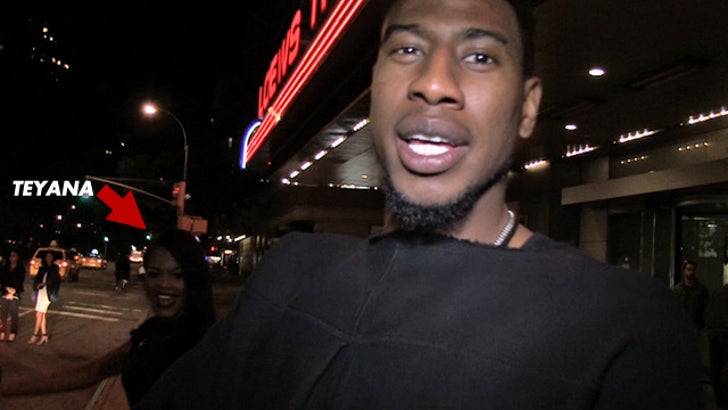 It's official ... NY Knicks star Iman Shumpert's in a full-on RELATIONSHIP with singer Teyana Taylor -- and TMZ Sports has the video proof.

There had been rumors the two were hookin' up, but this week the two set the record straight -- hitting up "The Equalizer" premiere together in NYC ... with all sorts of PDA.

Check out the clip -- Iman bristles at the notion that their relationship was fake and solidifies the union by dropping the all important "bae" when referring to Taylor.

BONUS -- they even had their very first couple's activity ... teaming up to interview "Power" star Naturi Naughton right on the street.