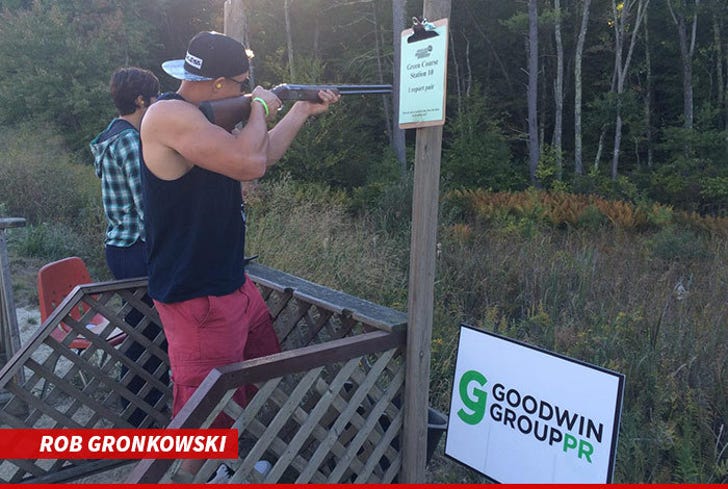 Rob Gronkowski was one of several New England Patriots players who picked up a gun and blasted away on Tuesday to raise money for an ex-teammate's charity ... and TMZ Sports has the pics.

It all went down in Mapleville, RI -- where Pats players like Julian Edelman, Stevan Ridley and Nate Soldier participated in the 10th annual "Matt Light Celebrity Shoot-Out" ... which features a skeet shooting competition.

We're told the event raised more than $800k for Matt's charity -- which is dedicated to helping at-risk youth.

So who was the top shot?? Pats OL Marcus Cannon -- who our sources say is an absolute SURGEON with a shottie.

Unfortunately, Tom Brady couldn't make it ... but he hasn't been hittin' his targets lately anyway. 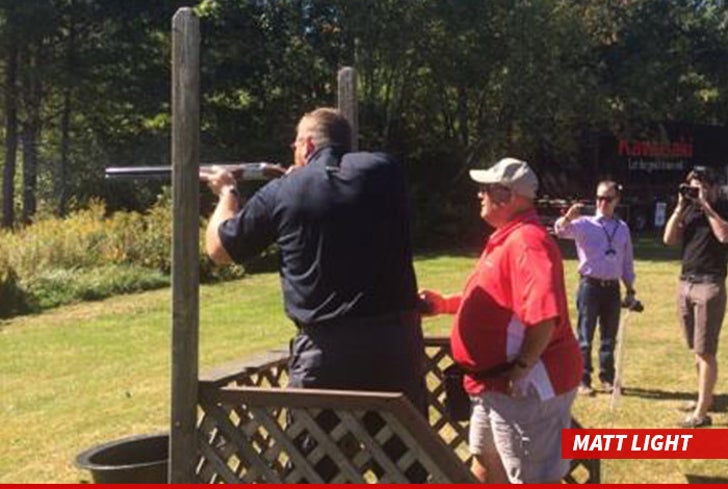