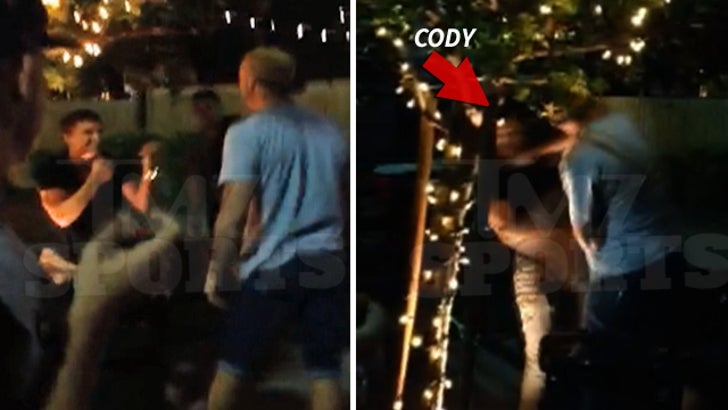 File Under: "You Know You're In Trouble When" ... you punch a guy in the face as hard as you can -- AND HE DOESN'T GO DOWN ... because the guy you punched is a UFC fighter.

That's exactly what happened in Vegas -- when 27-year-old UFC star Cody "The Renegade" Gibson (12-5) got into a standoff with some dude with a death wish at a bar in Downtown Las Vegas.

It all went down last week ... after Cody's last-second defeat at UFC 178 to Manny Gamburyan. Despite the loss, Cody still felt like going out ... and that's when he got into it with another bar patron.

Sources at the bar tell us ... the two guys got into an arguing match that escalated quickly -- but when it almost came time to fight ... Cody tried to WARN the guy he's a professional brawler.

In the video, you can actually hear Cody tell the other man "Google me, bitch!"

But the other guy didn't listen ... and instead of googling, he SOCKED CODY IN THE FACE.

Cody was stunned ... but didn't go down ... and responded by tackling the guy to the ground.

Security quickly rushed in ... but no one was arrested or seriously injured ... which is good for the dude in the blue shirt, considering Cody is constantly training in Brazilian jiu-jitsu, boxing and Muay Thai fighting.

Bottom line -- props to Cody for not killing the guy. 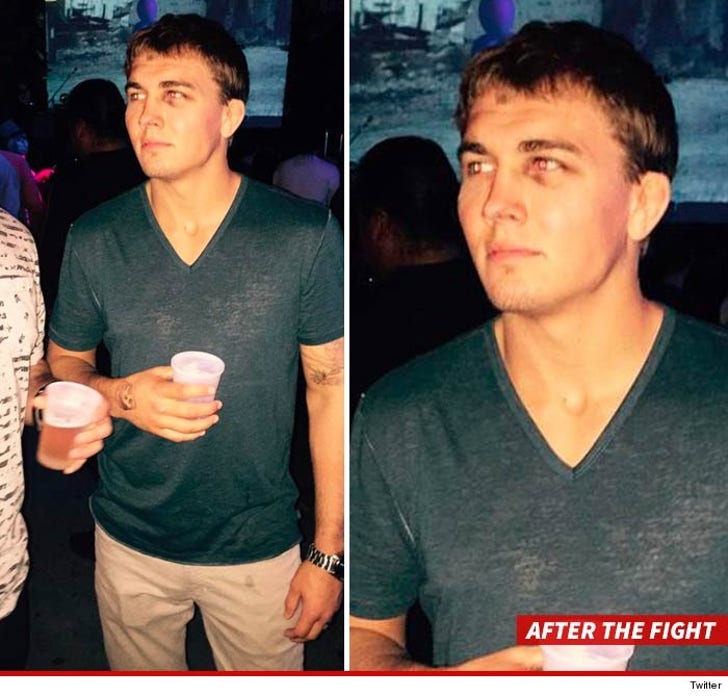