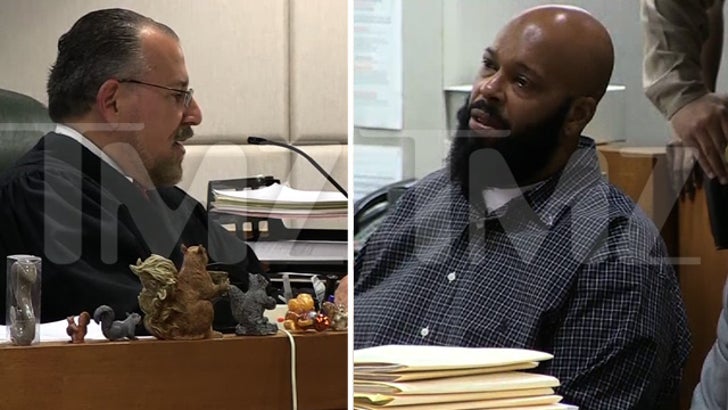 Suge Knight was just taken into custody for allegedly robbing a photog in Beverly Hills, but the judge was extremely sympathetic, saying he clearly understands why a celeb would be driven to extremes when the paparazzi shoot their young children.

TMZ was in court Wednesday afternoon when Suge appeared with his lawyer, James Blatt, to formally surrender ... he's been in Vegas since the arrest warrant was issued last week.

Judge Keith Schwartz said he couldn't cut Suge a break because the D.A. has filed charges, but he said he understands how upsetting it is when paparazzi aggressively go after young children.

The judge also mentioned Justin Bieber being chased down an L.A. freeway, adding, "What kind of lunatics do that?"

The judge set bail at $500,000 and Suge was taken into custody and given priority for booking.