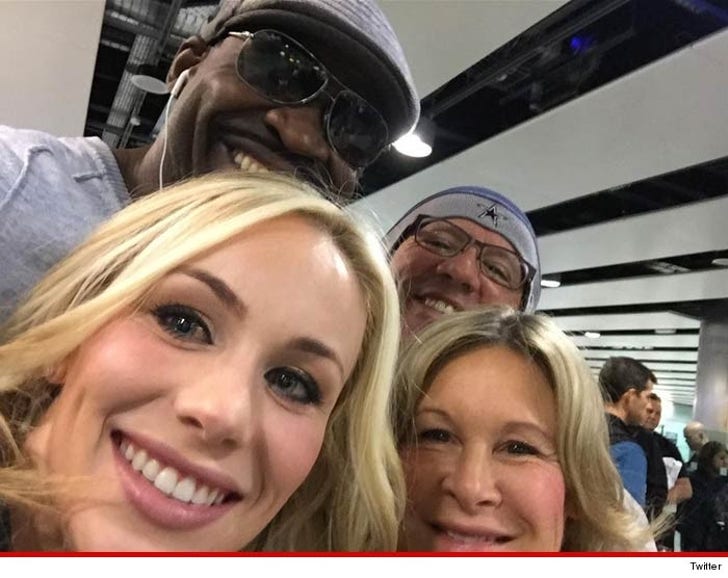 Tony Romo's entire family took the trip to London to watch the Dallas Cowboys play the Jacksonville Jaguars this weekend ... and even took some selfies with Michael Irvin on the way.

Romo's parents -- along with his wife Candice Crawford -- hopped on a plane destined for Heathrow early this morning. 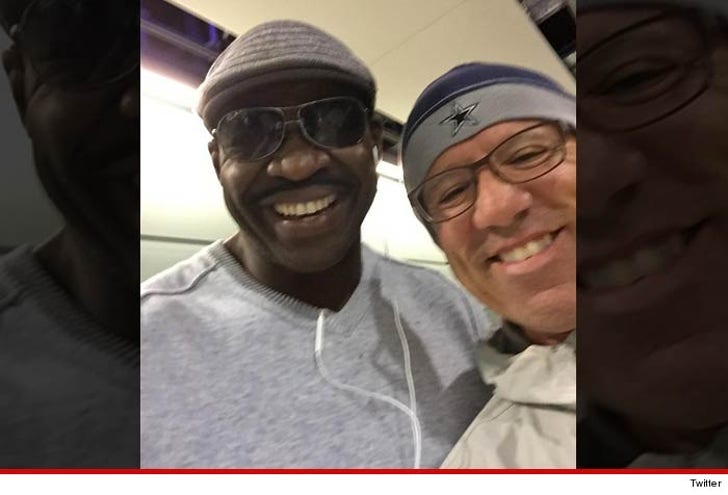 So, is it a sign that Romo will suit up and play this weekend? We think so ... because you don't fly halfway across the world to watch someone stand on the sidelines.

Also, Irvin tweeted about it ... saying, "Headed to London. Flying with Tony Romo's Dad & Wife. Im receiving that as A GOOD SIGN....:) I don't care what u think!" 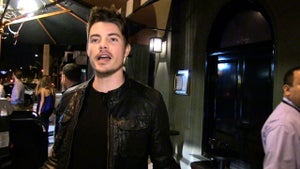 'Dallas' Star Josh Henderson -- DON'T GIVE UP ON TONY ROMO ... I Still Got His Back! 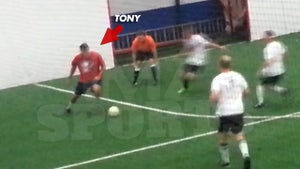