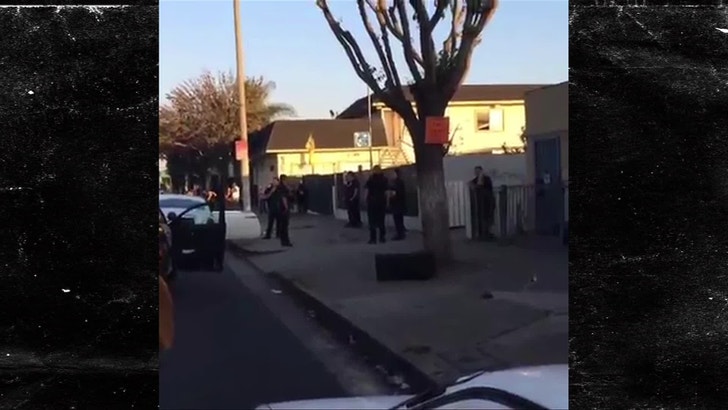 Tyga was cuffed by a swarm of cops in South Central L.A. during a music video shoot.

The rapper was shooting a video in a Rolls-Royce. He was driving and there were other guys in the car.

The LAPD pulled him over and you see in the video Tyga up against a fence, surrounded by numerous officers and 6 cop cars.

One eyewitness says the traffic stop was for reckless driving ... we've confirmed this with LAPD.

It's unclear why Tyga was put in cuffs, but we're told he was eventually released but his bodyguard was arrested ... we're told for possession of a gun that was not registered in California. 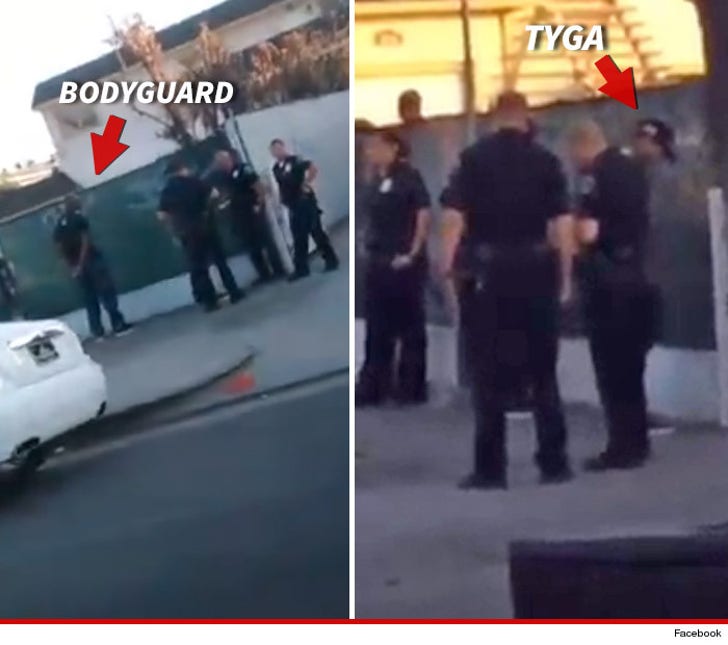 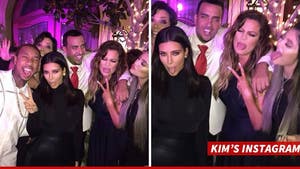 Kim Kardashian -- Thumbs Down on Kylie Jenner's Relationship with Tyga