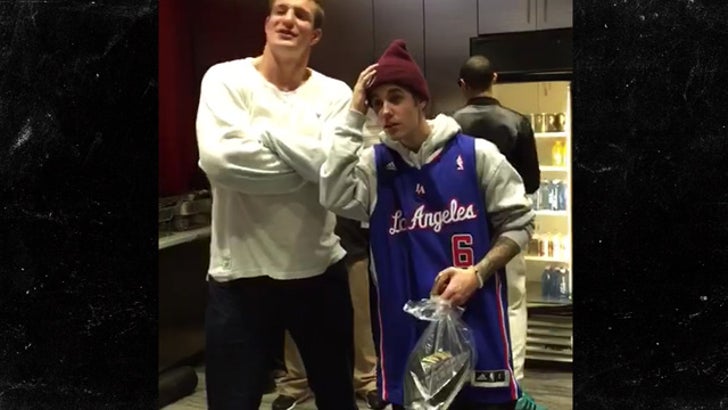 The L.A. Clippers locker room was the place to be last night ... when a bunch of HUGE stars kicked it with the team after their victory -- including Justin Bieber and Rob Gronkowski!!!

Rob -- along with New England Patriots teammates Jonas Gray (RB), Shane Vereen (RB), Akeem Ayers (LB) and Darius Fleming (LB) -- were invited into the locker room by Doc Rivers after the Clips beat up on the Minnesota Timberwolves at Staples Center.

"We have a lot of Cowboys fans, I showed them what a football team looks like," Rivers told ESPN's Arash Markazi.

As for Bieber, he's friends with a bunch of guys on the team ... including DeAndre Jordan and Chris Paul ... and was spotted having a deep convo with Blake Griffin at Blake's locker. 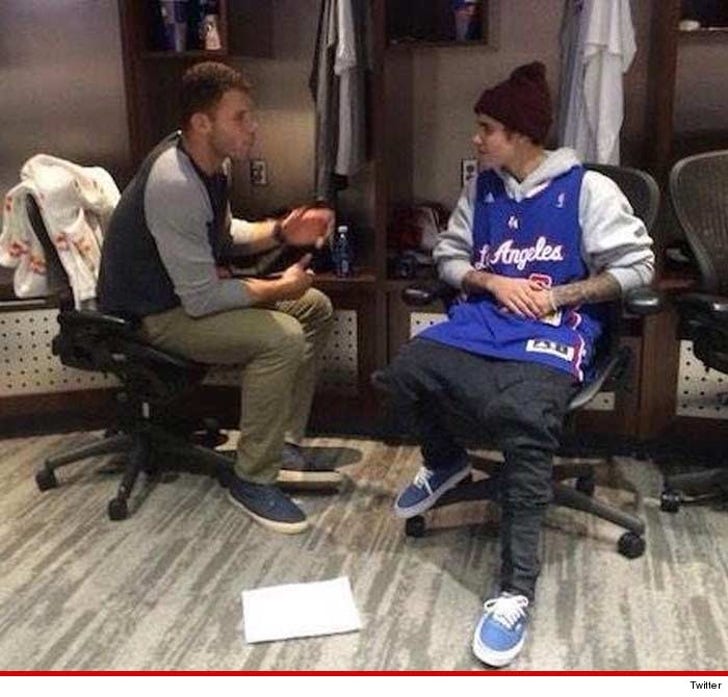 Meanwhile, the Lakers play tonight. Wonder if they'll get any pop stars or NFL superstars in their locker room ...