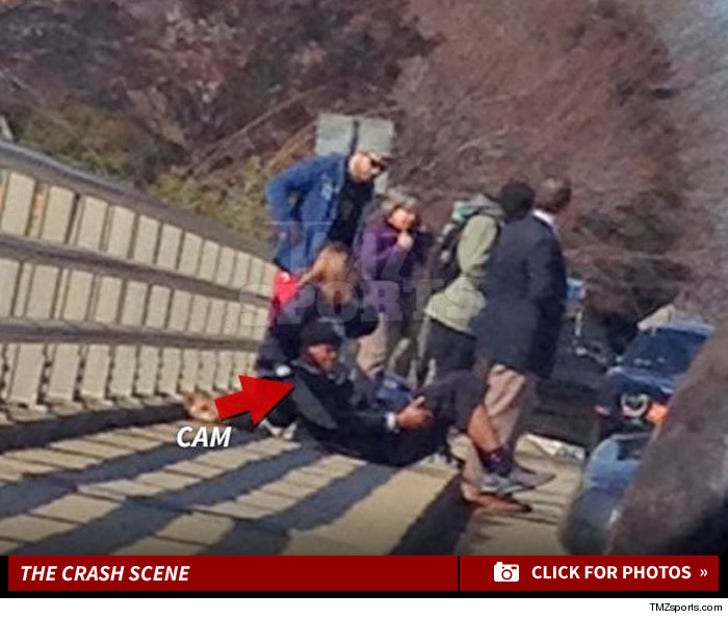 12:31 PM PT -- Cam suffered two "transverse fractures" in his lower back and will remain in the hospital overnight ... according to the Carolina Panthers.

Carolina Panthers quarterback Cam Newton was hospitalized after his truck was flipped over in a car wreck Tuesday in Charlotte, North Carolina.

Officials say two cars were involved in the wreck ... Cam's truck and a sedan ... which collided on a bridge right in front of Bank of America Stadium where the Panthers play. 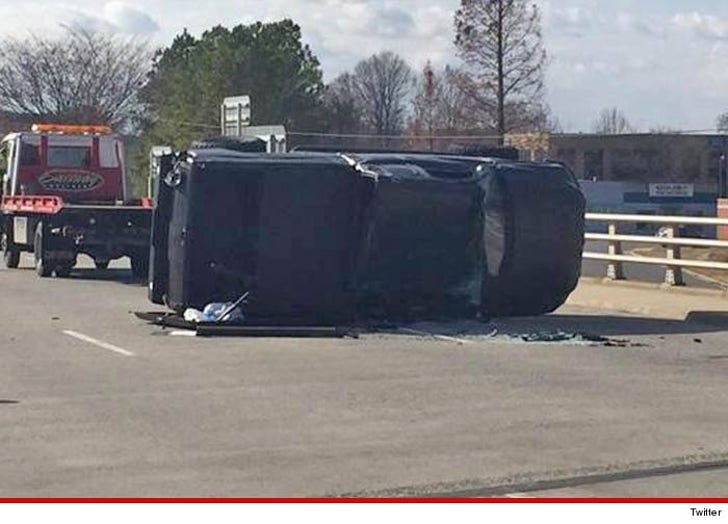 Cam was seen on his back on the side of the bridge where the accident took place ... grimacing in pain. Several people were seen tending to the 25-year-old QB.

We're told Cam kept trying to stand up after the accident ... but couldn't ... and eventually relented and waited for help to arrive. 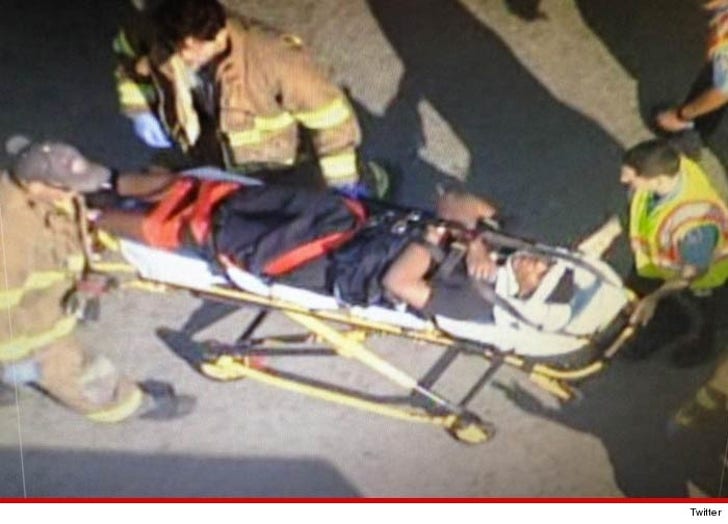 Multiple emergency vehicles raced to the scene. Cam reportedly told paramedics he did NOT want to be transported to the hospital ... but eventually gave in.

He was placed on a stretcher and loaded into an ambulance which rushed him to a nearby hospital.

As for the condition of the other driver, officials tell us the person was also transported to the hospital -- but did not suffer any life-threatening injuries.

A witness at the scene tells TMZ Sports ... Newton was "t-boned" from the left side, swerved, and then flipped over.

The witness says he observed Cam crawling out of the back window of the truck ... he walked over to the curb and laid down.

The witness says, "Cam didn't blow any lights or stop signs" and believes Cam had the right of way through the intersection where he was struck. 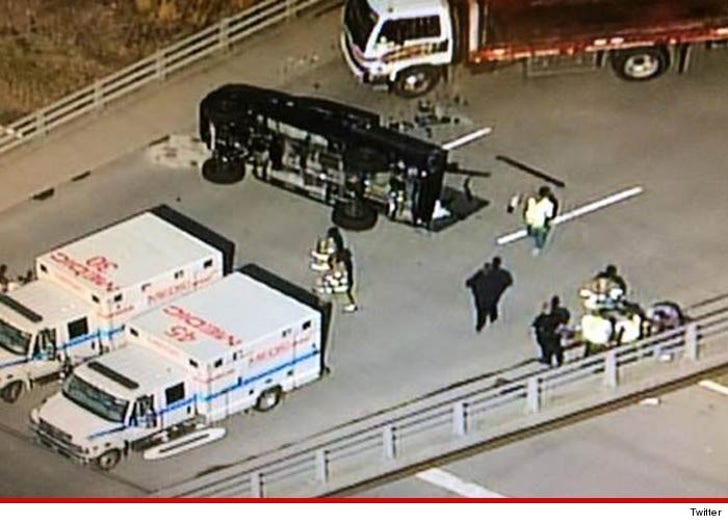