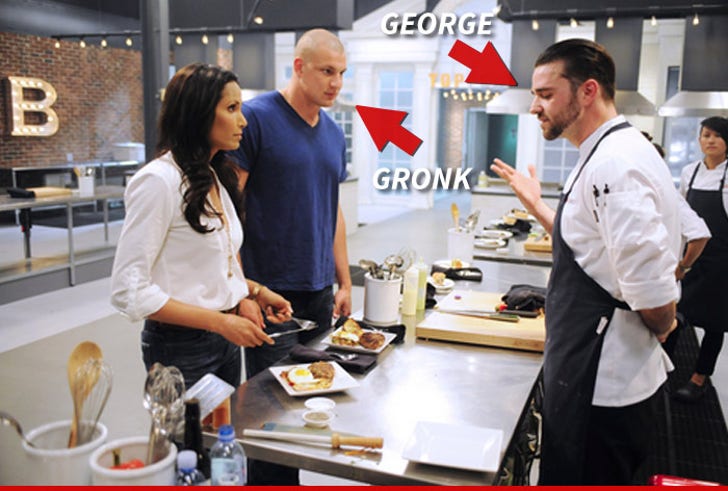 Patriots stud Rob Gronkowski isn't afraid to mix it up with football fans ... even when they're contestants on a reality show he's judging.

Gronk was a guest critic on this week's episode of "Top Chef: Boston" ... but not all the cooks were star struck ... 'cause chef George Pagonis tells TMZ Sports he got in Gronk's face and told him exactly how he felt about the Pats. Hint ... George is not a fan.

Chef P says, "I never really cared for any Boston teams. I've spent a lot of time in New York, and I'm a big Redskins fan."

Still, razzing Gronk when he controls your culinary fate doesn't seem wise. Pagans says ... "I couldn't let my team down and not speak up." He adds Gronk was totally cool with his verbal jabs.

Obviously, it didn't affect his judging because Chef Pagonis cooked the winning dish -- a pork and veal sausage.

Pigskin and sausage ... the key to Gronk's heart. 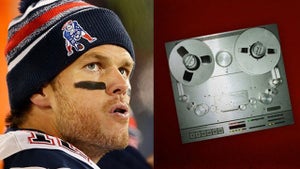 Tom Brady -- I'm Too Old to Party with Gronk 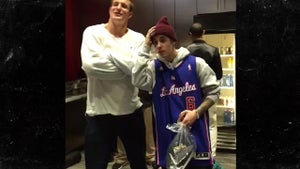 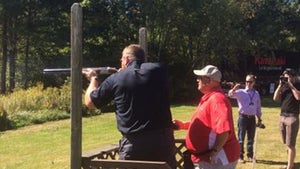