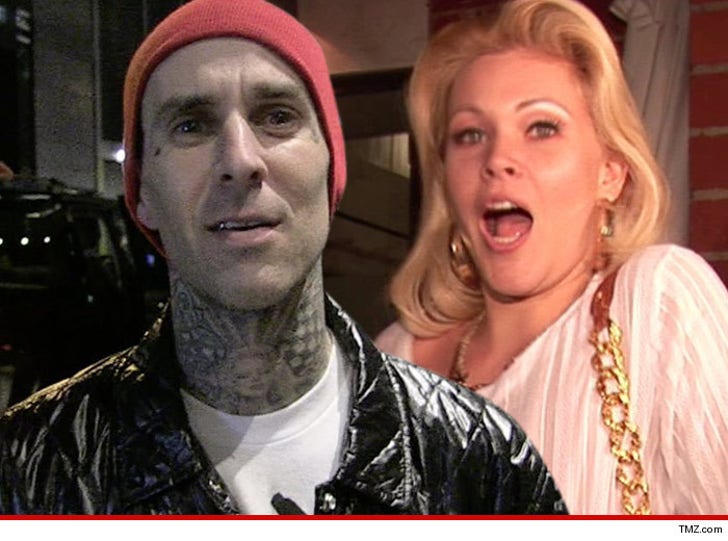 Travis Barker and Shanna Moakler were handcuffed and thrown in the back of squad cars for making criminal threats against each other ... she claimed he threatened to kill her, and he claimed
she threatened him right back.

It happened last month, but we just got the legal docs. On December 7, the two got into a verbal fight over a reality show Travis wants to do with their 2 kids. It's surprising, but the former couple STILL live under the same roof.

According to the docs -- which were filed by Shanna so the family could be evaluated for a possible custody change -- Travis said, "If I could, I'd put a bullet in your head." She then called the cops, who came to their L.A. home. Travis then told cops Shanna threatened to have her boyfriend come and beat him up.

They were then both cuffed, arrested and taken to the station.

Shanna told cops things have gotten extremely bad between the two of them. She said he would say to her, "F*** you bitch,' calling her a "f***ing piece of garbage and calling her "a cigarette smoking, coke-snorting bitch." She also has an email in which he said, "My poor kids have a whore for a mom."

Shanna says the drummer's erratic behavior started after the 2008 plane crash -- she claims he was suffering from mood swings while weaning off pain meds.

Sources tell TMZ ... charges will not be filed against either one. But, we've learned, The L.A. County Dept. of Children and Family Services was contacted and they are investigating.