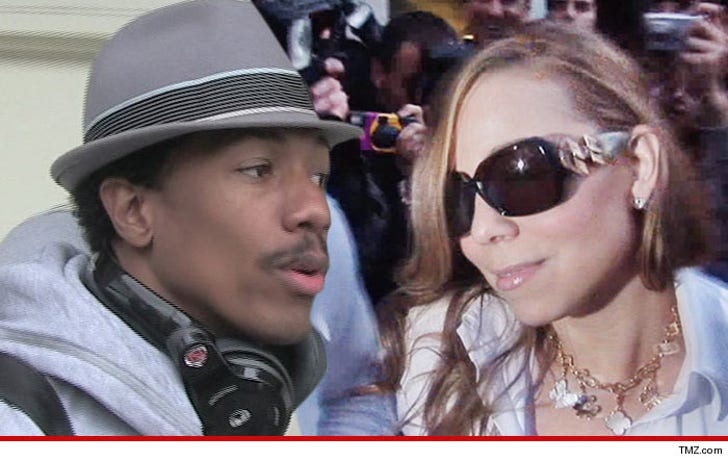 Mariah Carey and Nick Cannon have a prenup with a confidentiality clause ... and if she blabs out of school she gets socked for twice what he'd have to pay if he violates it.

Sources familiar with the situation tell TMZ ... if Nick violates the confidentiality clause he has to pay her a $250,000 penalty, but if she spills the beans she has to pay him $500K.

And the prenup makes it clear ... Mariah came into the marriage with a boatload of money ... Nick, not so much.

He's done well since then, making millions on his various projects, but when they married he ended up buying her engagement ring for $500,000 but took a loan out for $470K. The ring was reportedly worth $2.5 mil, but that's not what he paid.

As we reported ... they've already worked out a full property settlement agreement.