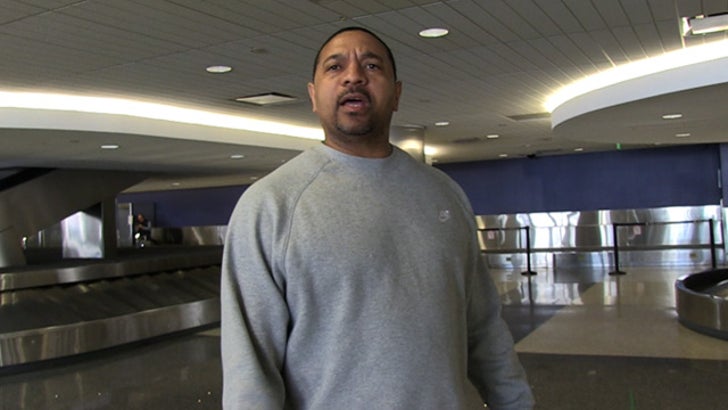 Deflate-gate -- or anything like Deflate-gate -- would NEVER happen in the NBA ... because Adam Silver doesn't SUCK like Roger Goodell ... so says ex-NBA coach Mark Jackson.

The former Golden State Warriors head coach strongly believes the issues in the NFL trickle down from horrible leadership -- and says the buck ultimately stops with Goodell.

"The issue is how poorly the Commissioner and the league is handling the entire situation [Deflate-gate]," Jackson says ... "It's been a horrible year."

"I think they're doing a bad job as far as leadership in the National Football League."