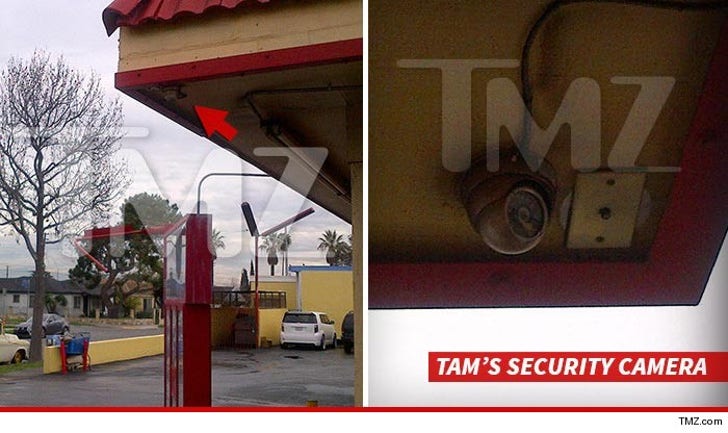 Suge Knight thinks surveillance video will exonerate him, while cops believe it could be the smoking gun that nails him for murder. Well both sides need a Plan B, because the surveillance footage doesn't exist.

The owner of Tam's -- the Compton hamburger joint where Suge ran over and killed Terry Carter -- tells us the security camera trained at the parking lot doesn't work. He got nothin'.

There's a Wells Fargo nearby but we went out there and the cameras don't face in the direction of Tam's parking lot. Ditto the Louisiana Fried Chicken joint and the Rite Aid.

Law enforcement sources tell us they also checked and came up goose eggs.

They're all on the hunt for someone who might have captured the accident and what preceded it on their cell phone.