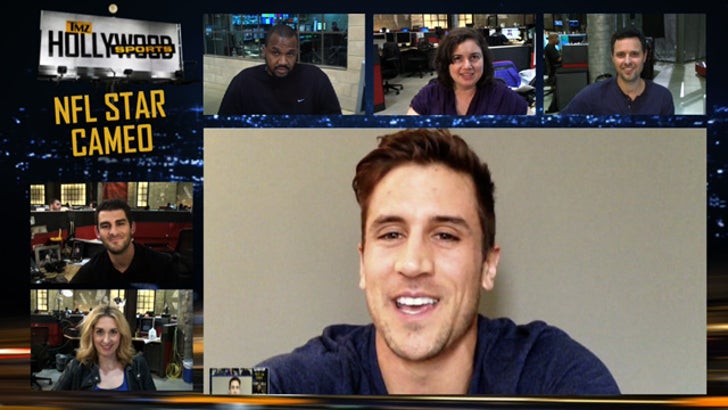 Clay Matthews ain't no Milli Vanilli ... TMZ Sports has learned the Green Bay Packers star laid down REAL LEGIT VOCALS for his cameo in "Pitch Perfect 2" ... and apparently, it came out pretty good.

In fact, all of the football players who have a cameo in the movie hit up a recording studio and flexed their god-given pipes for a scene in the upcoming movie ... at least, that's what Jordan Rodgers told us on "TMZ Hollywood Sports."

Jordan -- a QB in the Canadian Football League -- also happens to be the younger brother of Aaron Rodgers ... and says he got the role as a "honorary" member of the Packers.

"So the first day we were there, we recorded in the studio," Rodgers says ... "so this will be our real voices."

"They said they were gonna make us sound good ... but not too good. They don't want it to be unrealistic."

So, who was the best singer of the bunch? Check out the clip.