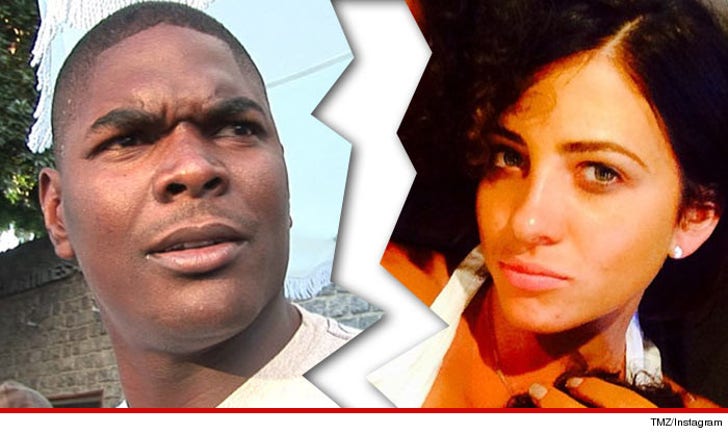 Keyshawn Johnson's wife has filed for divorce ... just 7 months after tying the knot with the ex-NFL star in a lavish beach wedding ... TMZ Sports has learned.

According to court docs filed in L.A. County Superior Court on March 3rd ... Jennifer Conrad is asking the judge to nuke their marriage, citing irreconcilable differences.

Conrad says the pair separated back in February. She also notes she signed a pre-nup before they got hitched.

In the docs, Conrad asks for joint legal custody of their 2 minor children (ages 5 and 2) ... though she wants primary physical custody with Keyshawn getting visitation. 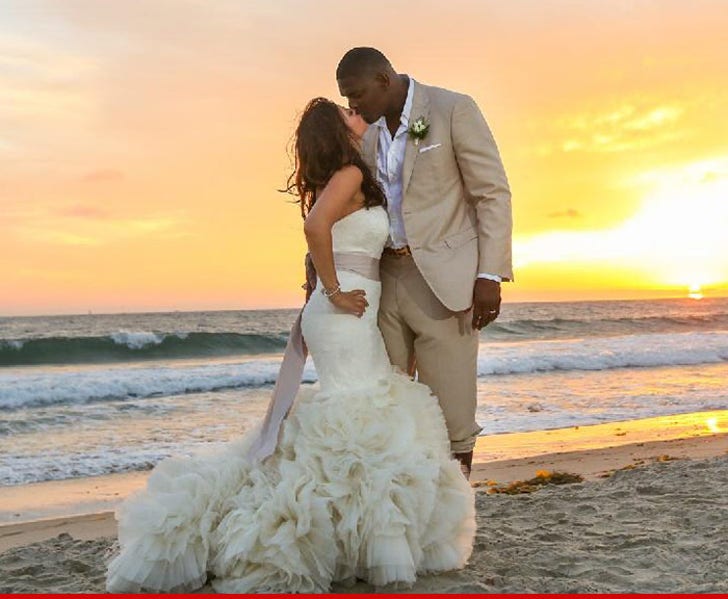 The two tied the knot in a 4-day oceanfront celebration in Newport Beach, CA back in August -- with Jennifer rocking a $6,500 pair of Louboutin shoes with Swarovski crystals.

But don't count Keyshawn out yet ... sources close to the former NFL star say there's still a chance the two will reconcile and call off the divorce. 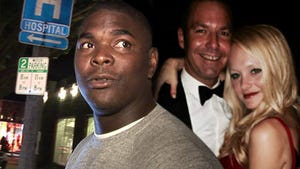 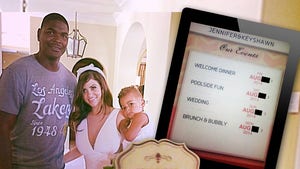